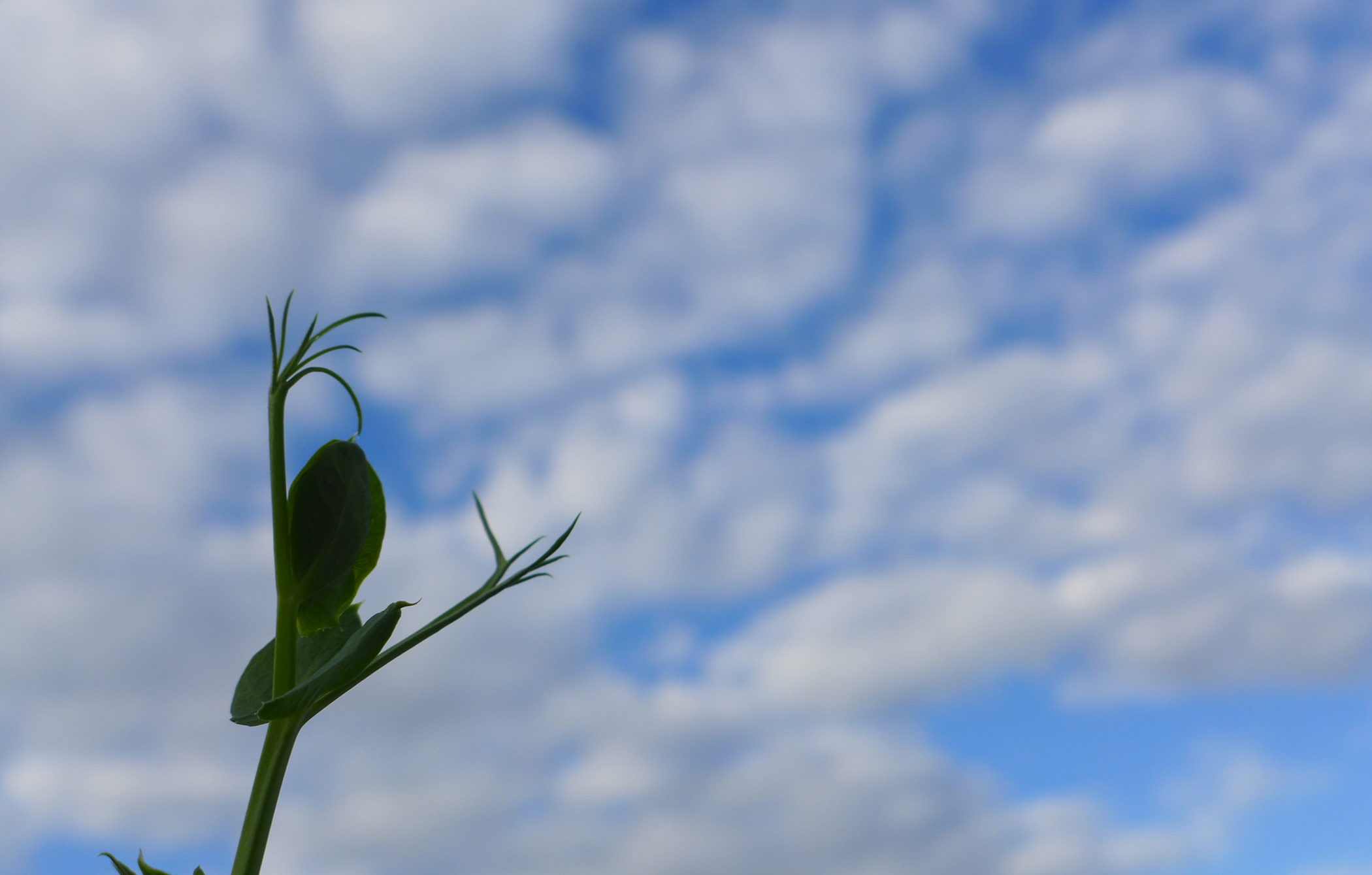 It quite irritated me, re-reading that I had called them “my” plants (in the previous photo journal post). Is that pronoun correct? Aren’t plants rather “ours”? Or don’t they belong to themselves?
Now I know plants can’t hear me. But we do breathe the same air1 and belong to the same soil2. In one short sentence, Jean-Henri Fabre says it all: “Nous vivons doublement par les plantes ; elles nous assainissent l’atmosphère, elles nous préparent le manger.3” His message on our double dependence on plants translates to English: “We live twofold off plants: They clean the atmosphere and prepare our meal”4.

New to me is how many genes humans and plants are sharing5. Recent research suggests that humans and the thale cress – Arabidopsis thalania, an extensively studied model species and the very first genome-sequenced plant in the 1990s – have 18.7% of their genome shared with each other6.

It’s seems like an old hat by now that “Only about half the cells in our bodies contain a human genome: The other cells include about 160 different bacterial genomes.7” Still, it is difficult to grasp in everyday life the plurality of our microbiome, of our bodies, of our selves. Being no expert in biotechnology, my way to cultivate a consciousness about the complexity of ecosystems in us and connected to us, rather than comparing genomes, intuitively goes through vegetables, hence plants.

Tuesdays has become my favourite day of the week. It’s veggie day. In the afternoon, I pick up my share of the weekly ‘Solawi’ harvest8. The pleasure to unpack and discover the varieties. Feeling the moist leaves, cleaning off the soil, sometimes encountering a stowaway – a caterpillar, aphids, some cabbage white flies.
What will we have for dinner? Carefully I chose the most fresh and perishable, to be enjoyed right away, and wrap the other greens in kitchen towels. While my hands do the sorting, in my head a diverse scenario of recipes and what would go well with what reels off in my head. Vegetables and herbs inspire me. Along the week I have them on my mind, searching for ideas to use the entirety of them in diverse delicious ways. Waste is not an option. Holding the result of what originally were tiny seedlings and plantlings in my hands, I feel amazed and respect all the energy that went into to it in form of light, water, microbial activities, and human manual labour. Creative cooking and the exchange of ideas with my friend Eva – “What do you do with this huge amount of coriander?” – is the fun part. Sure it is time consuming to clean all the sand off the radish leaves to use them in soup or in any stir fry. But would that be reason enough to throw them away? Because I’m too busy? Busy doing what, instead? Yes, it takes time to take care of vegetables, but I’m never bored. I learn something. What do I learn? I am using my hands. I switch off other unimportant thoughts of unanswered emails and such. It gives me space and inspiration to sort ideas and thoughts. I feel the textures. Leafy. Fleshy. Solid. Fragile. It is sensual. I take a bite. I experiment and experience surprises when recipes go wrong – or turn out unexpectedly good.

“We are what we eat”, says Vandana Shiva9. She is the starting point I’m always getting back to. Food is political. What can I do to protect forests, preserve biodiversity and people? Including myself. How to escape the heavy industrialized food system with its plantations, pesticides, plastic and (palm) oil. I turn to agro-ecological agriculture – a culture to be lived, shared in all its relations among more than humans, based on aliveness rather than control, oppression or profit. Shiva helps me finish this paragraph, asking “Without fertile soil, what is life?”

Through conversations with Karine Bonneval I came to the notion of feeling empathy for plants10. Chamnovitz finishes his book with the idea that despite the many similarities between humans and plants, plants can’t express compassion – it is a human capacity to have empathy with plants and we are free to use it more widely.

8. Solidarische Landwirtschaf = community supported agriculture. The one I am part of is called Ackerbande.

10. Find Karine Bonneval’s and Eric Badel’s transformational essay “Vertimus – An Art and Science Project. We Turn, We Turn Around, We Transform Ourselves” in Occulto 7: Art-I-Ficial (2020).