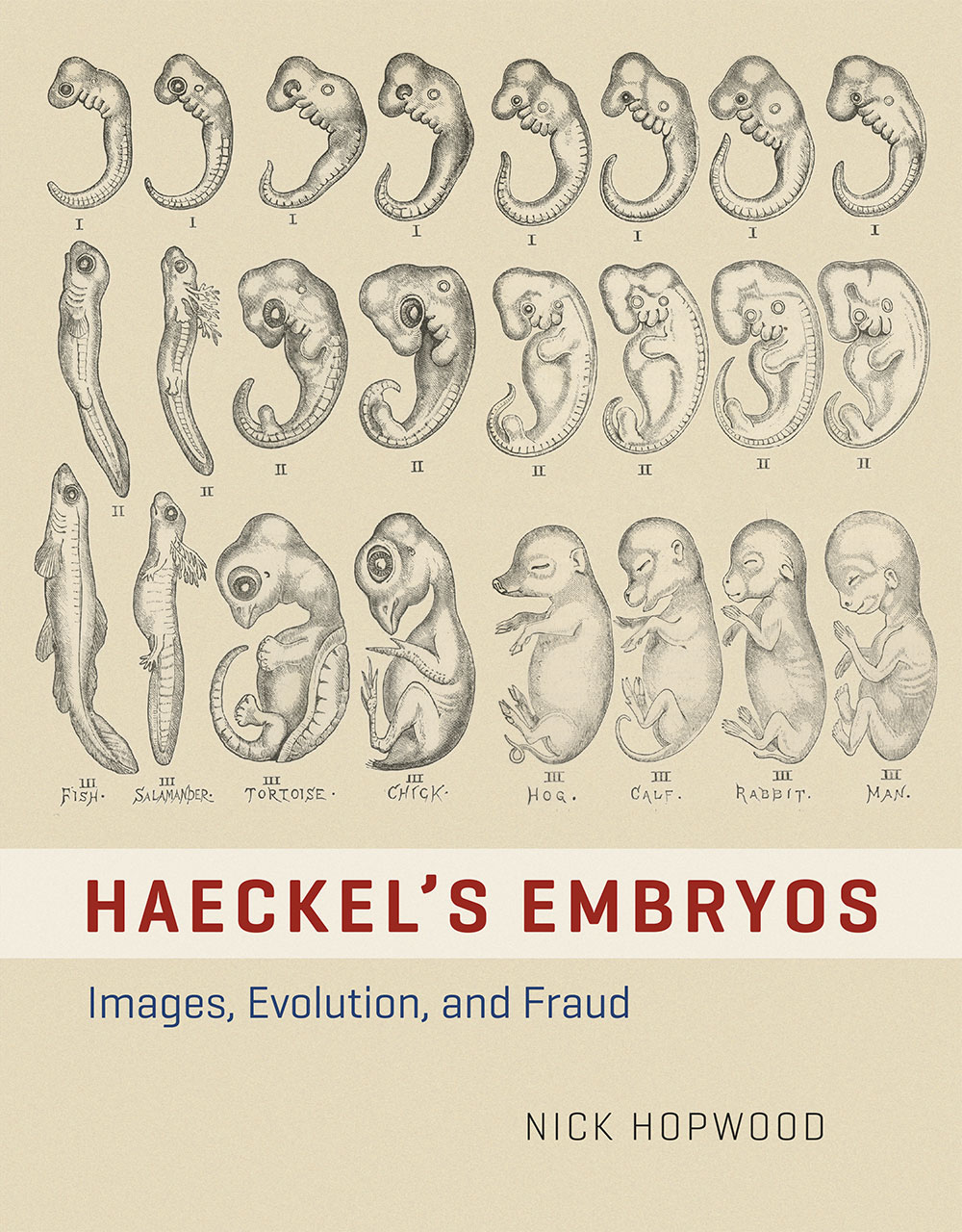 The drawings of the Darwinist Ernst Haeckel are notorious – since it entered public domain, his collection of over 100 illustrations of animals and sea creatures titled Kunstformen der Natur has been featured in countless publications. His drawings of embryos that confirm and support evolution theory made it into popular culture to the point that they even hang on the wall of a well-visited Neukölln cocktail bar. Yet they are, ahem, quite controversial. Too schematic, not that accurate … a fraud? This issue has become a best-seller of creationists, so you may wanna take the chance to hear a non-crackpot opinion about it. The point will be not (just) embryos, but rather the successes and failures of representation and communication of science from many point of views.
www.naturkundemuseum-berlin.de/aktuelles/veranstaltungen

Same day and almost same time as the previous event – one may have a look here and then run to Naturkundenmuseum, hoping everybody will stick to the announced schedule. “Mehr Licht!” is the alleged deathbed statement of Goethe – be it true or not, it has entered the legend realm almost as much as Cambronne shit did. In short: Goethe wrote texts and made experimentes in regards of colour theory, and criticised what Newton had said about it. Colours have of course a lot to do with light. Or with darkness? During this book presentantion the author Olaf Müller as well as a small team of scientists, theoreticians and historians will articulate on such issues.
farbenstreit.de/buchpremiere-mehr-licht
hu-berlin.de/de/service/veranstaltungen

The second Event of the Disruption Network Lab – after a first one focused on drone-systems – has a rich and more than promising program. It is built around the international book launch of The Cyborg: A Treatise on the Artificial Man, by political sci-fi theorist and subculture hero Antonio Caronia, it is curated by Tatiana Bazzichelli and Daniela Silvestrin and it will feature interventions and works by Franco Bifo Berdardi, Francesca Da Rimini, Giacomo Verde, Helena Velena and many many more. I recommmend you follow the website and social profiles of this project regularly – it is bringing really good art/science/hacking culture stuff in town.
www.disruptionlab.org/cyborg
www.facebook.com/events/1670495013170113

I’ll be flying to Milan, bringing some news about the new website there, enjoying the liveset of two of my favourites Italian experimental music solo projects: Matteo Uggeri and his landscapes of minimal electronic and field recordings, Maurizio Abate and his magic Fahey-ish guitar. Thanks to the Archaea team – Stephano Stephanowic and Stefano de Ponti – for the collaboration! N.B.: If you join you’ll be among the first ones to listen to the new Occulto Compilation (#4) curated as usual by Onga Boring Machines.
www.facebook.com/events/920826751314319
archaea2015.tumblr.com/maggio-occulto