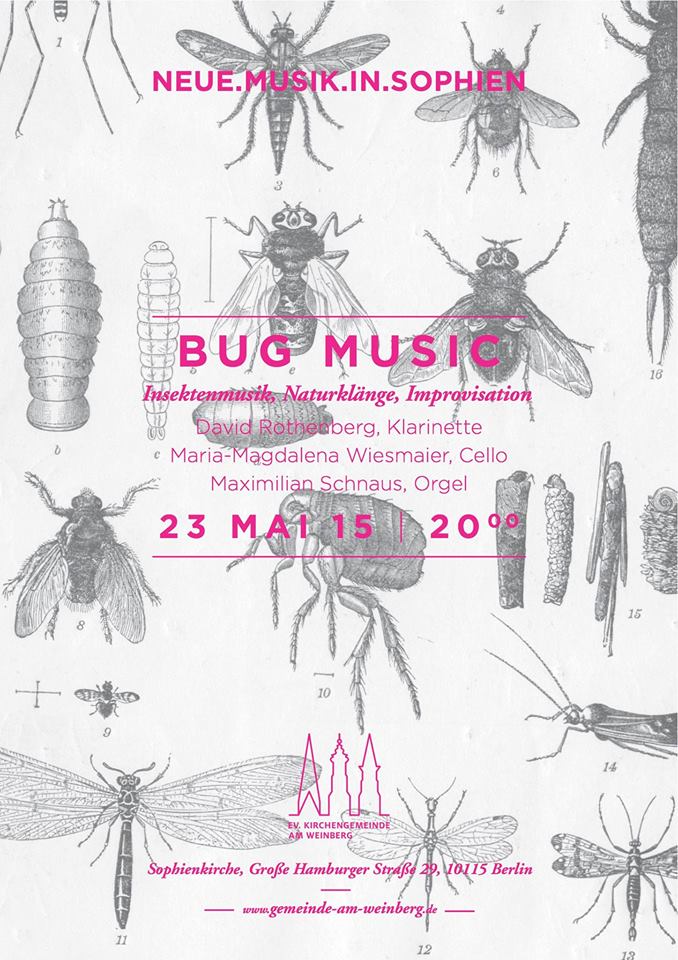 I’ve known Thomas Zunk as an ethnomusicologist and multi-instrumentalist focused on unsual instruments such as Kendang, Waterphone and Kraakdoos, and most of all as a virtuoso of Theremin – in this latter disguise he performed at the first Occulto Fest edition back in 2011. With his project Thomas Zunk *INSP!RED MACHINE* he has recently produced a series of compositions titled And Now for Something Completely Different that he will present at Madame Claude on Monday and that he describes as “an electronic music solo that sounds like an avantagarde rock band.” On top of that, the liveset of abstract electroacoustic duo Gordoa-Guillem and a DJ set by Ondula.
www.facebook.com/events/1435301220117592
www.madameclaude.de/events/experimontag-67

If you missed the opening – as I actually did, I confess – don’t miss the finissage. The exhibition features original contributes by about three hundreds poets, artists and composers produced for three multimedia avantgarde magazines: Henri Chopin’s OU (1964-1974), Maurice Lemaitre’s UR (1950-1967) and Larry Austin’s SOURCE (1967-1973). If you know any of them you already want to go, if you don’t a quick google image search can already give you an idea of the beauty you have the chance to go through. Radical underground publishing goes on with the launch of the brand new CRU Magazine, the English mezzo-soprano Lore Lixenberg will perform Max Neuhaus’ Listen and there will be a screening of Silva Gabriela Béju’s film Henri Chopin Reflects on OU.
www.laplaquetournante.org

In case you can make it to Berlin Dahlem on a Tuesday morning – that’s also why I am freelancer by choice, even though it sucks from other point of views – the Max Planck Institute for the History of Science is hosting this interesting lecture by architectural theorist Sabine von Fischer – it is part of a series titled “Epistemes of Modern Acoustics.” Next and last date will be on June 16.
www.mpiwg-berlin.mpg.de/PDF/2015_Epistemes_Colloquium.pdf

Animal music is a fascinating topic indeed, and plays an important role in the research of the polymath David Rothenberg – professor of philosophy, writer, composer and jazz clarinetist. He published records and books about it and this week he will present an impro performance of bug music at Sophienkirche, together with Maria-Magdalen Wiesmaier (cello) and Maximilian Schnaus (organ). If you’re interested in going deeper you may wanna check the animal music event hosted by Jää-äär Bar they day before as well – starting at 4pm.
www.elisabeth.berlin/kulturkalender/neuemusikinsophien-bug-music
www.facebook.com/events/1805368149688855