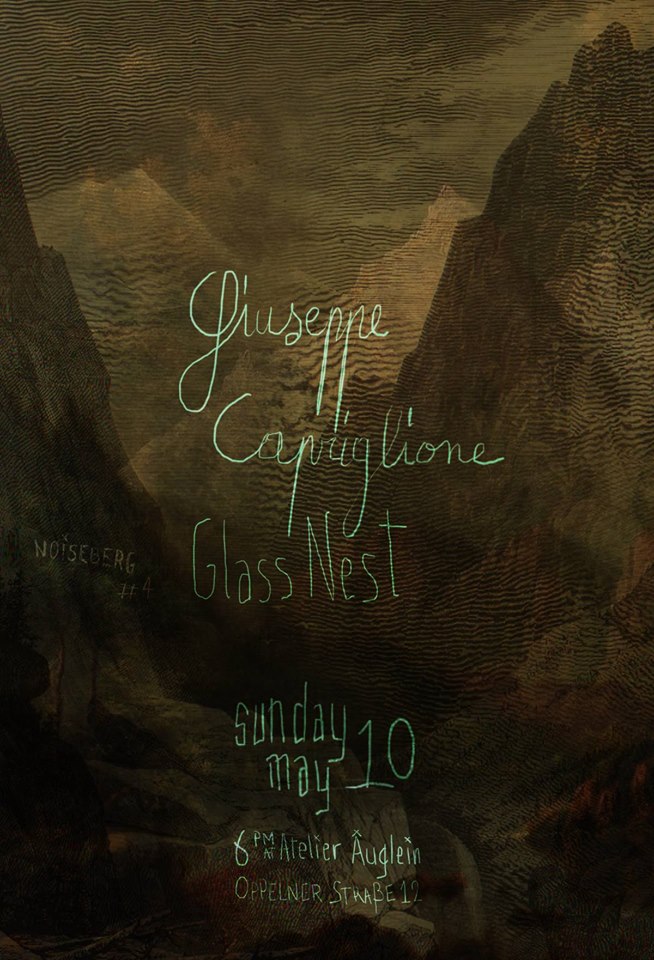 Fourth Noiseberg episode with Giuseppe Capriglione live and the sound/light installation Glass Nest. Doors open around 6pm and will close around 6.30 – concerts starts around 7. Noiseberg is a weekly Sunday late afternoon series featuring performances by local and touring artists – it’s a place for experimentation where artists are welcome to present in progress works and try new collaborations. It is also a nice way to end your week, have a chat and a drink + discover new music.
facebook.com/events/1622367351334344

The Canadian composer and pianist mostly known for its continuous piano music technique and for being a crazy fast pianist will perform at Roter Salon on the occasion of the launch of its release on UK label Erased Tapes. Presented by Digital in Berlin.
www.digitalinberlin.de/lubomyr-melnyk-gruener-salon-2015

Film screening + Q&A about urban development as discussed, presented and criticized in a selection of documentary and experimental short movies of the 50s/60s. I don’t know much about architecture but the approached issues sound interesting also for the non professional complaining about gentrification or about how ugly that outskirt district built after the Second World War one’s parents used to live in is. Aynway, I do build websites and I once dreamt they were physical spaces I could enter and explore; in this sense, if Internet is also a kind of man made facility we inhabit, I humbly recommend Kunst-Werke to reconsider some features of their website – I know it may look fancy yet I had a hard time checking the press release.
facebook.com/events/982970278394639
www.kw-berlin.de/de/events/die_moderne_stadt_481

Berlin is also the place for some good independent filmmaking. I am especially looking forward to Lucian Busse’s documentary Berlinized, that is not only made in Berlin but also about Berlin – and more precisely about its 90s underground creative scene mostly flourishing in tiny bars, off-spaces and basements. After that time for some Q&A and possibly a drink and a chat with the author and then Patrick Banush’s Die Liebe und Viktor.
facebook.com/events/894251173969156
www.lichtblick-kino.org/film/dokumentarfilm/Berlinized