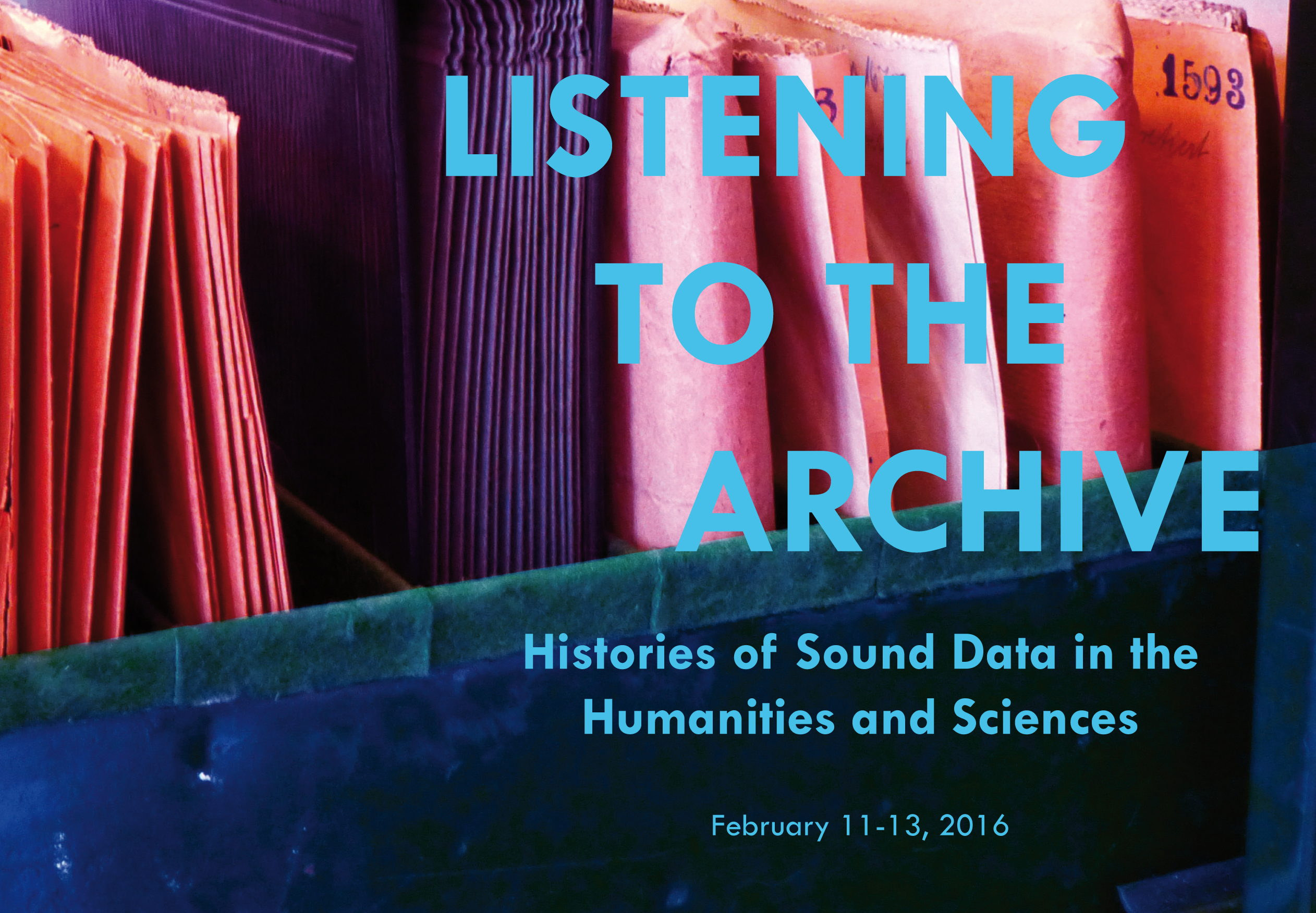 Listening to the Archive. Histories of Sound Data in the Humanities and Science

I discovered this when the official registration deadline (on February 4th) was already gone, and there’s no free spot left for Friday 12th, but you can still try and register for the 11th and 13th (it’s free). Rich program of lectures, discussions and presentations exploring sound archives both from a scientific/technical and from a historical/anthropological perspective, starting with the early audio collections of the 19th century and the ways they can be preserved and made available. All this is not happening during the day program of CTM or in other dark smaller venues where we often gather when approaching such issues, but rather in an academic environment, involving the Humboldt University and the Max Planck Institute for the History of Science. The gaps that Occulto is interested to challenge are not only the ones between different fields of knowledge but also the ones between different cultural contexts. Before getting closer and overlapping in new, deeper ways, academia and subculture have to explore each other; let’s explore.
drupal.mpiwg-berlin.mpg.de//workshops/node/60

In the words of its curator DuChamp, the Alphawave series hosted by Sepktrum is ‘a monthly sonic exploration of transcendence.’ The brain waves called beta are associated with a mental awareness that is (hopefully) the typical condition of active daily life; alpha waves are instead typical of mind states between sleep and waking that are easier to reach if you keep your eyes closed and can be associated to day dreaming and intuitive thinking. During each Alphawave event, two different performances offer you the chance to take a collective trip to this sort of ‘other side’ – this time AA..LL and Glass Engine will do it by manipulating objects,be it self made electonic device or sonic installation made out of common objects and materials such as glass bulbs, boilers and ice cubes.
facebook.com/events/1970260459866807
alphawavespektrum.tumblr.com/upcoming%20performance

One more Spektrum event; I didn’t manage to go ther for a while already and they have again a good program on Friday, with the elctroacoustic collaboration between Lucio Capece and Bryan Eubanks and one of Wolfagng Spahn’s audiovisual wonders, namely ENTROPIE. If the invention of moving pictures went along with an artificial separation of sound and visuals, ENTROPIE merge them again, taking advantage of hardware and software completely developed by the artist.
spektrumberlin.de/events/detail/wolfgang-spahn-bryann-eubanks-lucio-capece-108.html
facebook.com/events/932516123512142/

I like the name of this series (dilettantes are amateurs in Spanish language), I like the curator of it Vinilette (one of the best and most eclectic djs in town), I love the Wedding based shop where it takes place, and the performer Cellarkalt – that I will see live for the first time – will offer a psychedelic lo-fi experience made of experimentation with tapes, recorded sound, synths, text and lately also video. It’s a nice early evening gathering for a Saturday and you can also flip through a great and lovingly curated selection of books and records.
facebook.com/events/1275391362474474
echobuecher.com/?p=1172