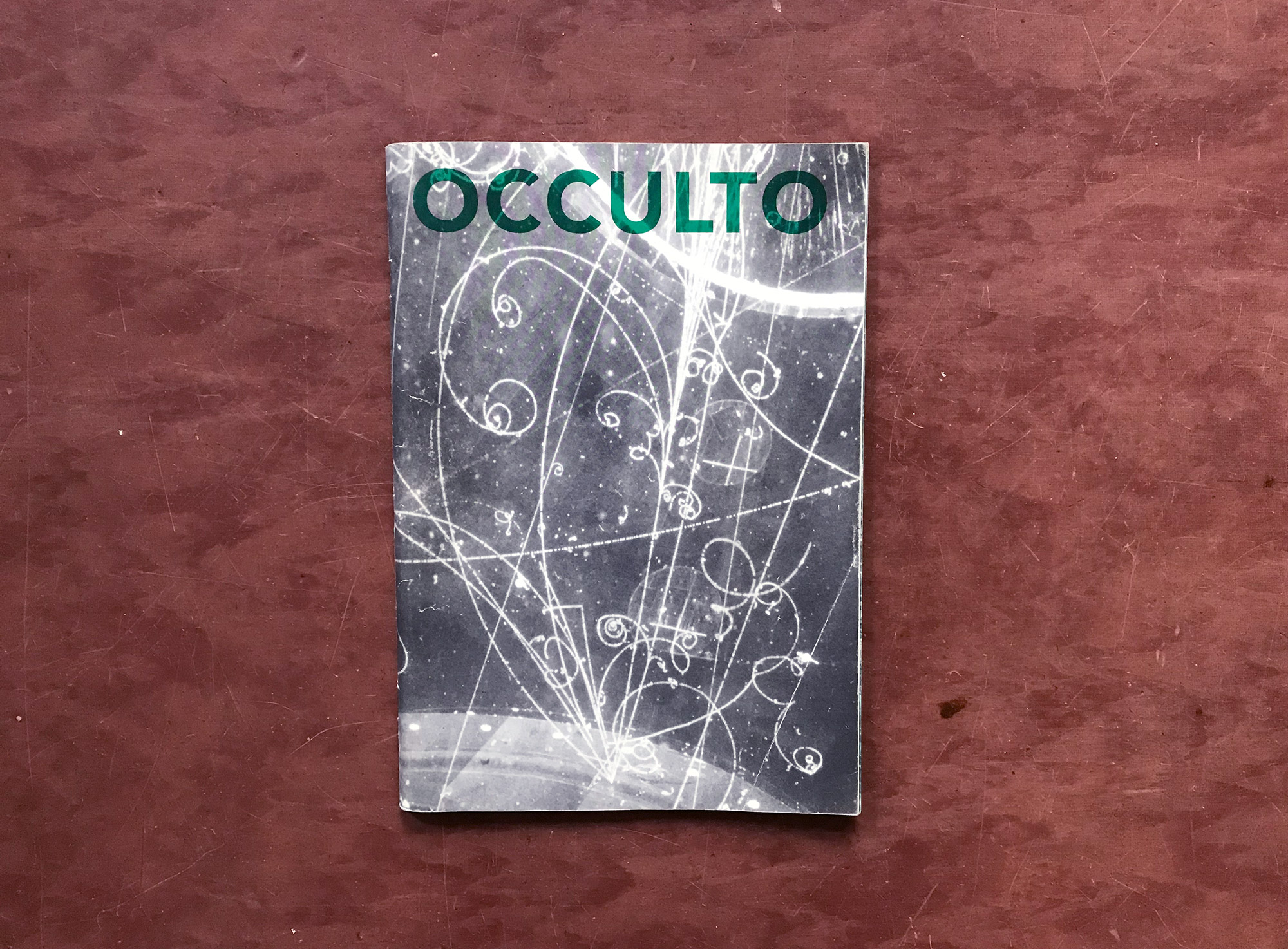 The fifth release of Occulto Magazine, Issue δ (4,66920160910299067185320382…) is dedicated to a very special topic: dreams. Expect fictional dinosaurs, 8 billion dollars supercolliders, oxygen and cigarettes coming from the very same source, Bette Davis’ eyes, hacked conversations with angels and illusions in motion. Compilation #4, curated as usual by Onga of Boring Machines, is available as limited edition CDr with the first 100 copies and as digital download.

“Gottfried Wilhelm Leibniz had a dream: a universal, formal language free of vagueness and ambiguities, applicable to every field of knowledge, that would amplify the human mind much as the telescope or the microscope did with our seeing. He called it characteristica universalis. A share of this dream of his eventually came true in a centuries-long intellectual and technical revolution, starring the excellent minds of people such as George Boole, Kurt Gödel and Alan Turing. The results of this process are hard to understand for laymen, yet a good deal of them are embodied in an everyday object that affects our daily life oh so very much: our computer.”
– Alice Cannavà, editorial text 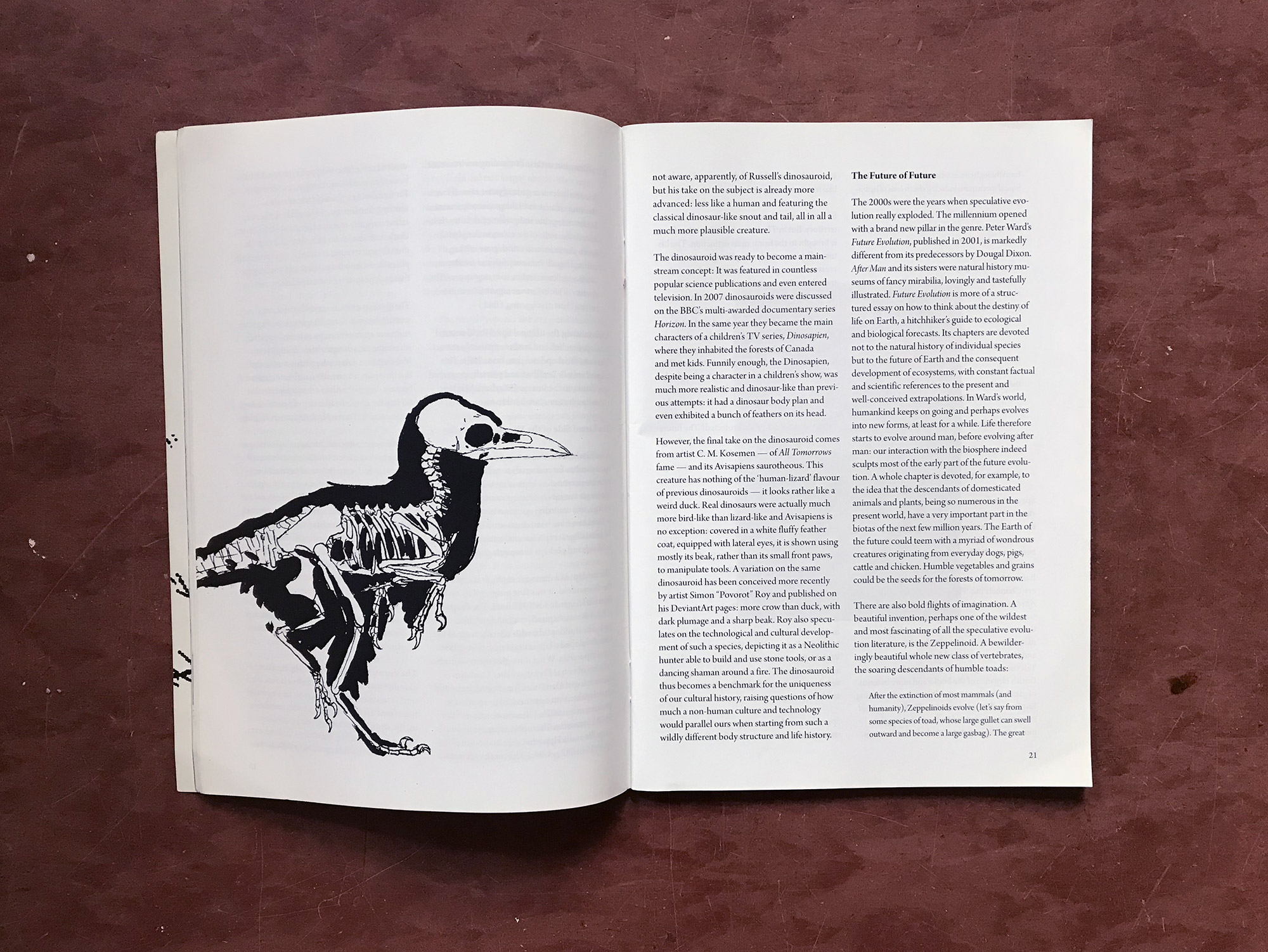 “The past is gone. We will never hear the flap of a pterosaur wing. We will never know what a soup of trilobites tastes like. Yet we can decode it; we can sift through fossil relics of extinct animals; we can reconstruct the evolution of genomes through esoteric bioinformatics algorithms. We will not recover the birdsongs of the Mesozoic, most probably, yet we can manage a blurry sketch of the history we come from.”
– Massimo Sandal, “All Tomorrows – The Lonely Dreams of Speculative Evolution”

“Many scientists and philosophers challenge this reductionist perspective by looking at nature and complex systems the other way round. According to this anti-reductionist view, all nature around us shows the property of emergence. The interaction of a high number of simpler entities has led to systems whose properties are very different from those of their components. There are layers of complexity out there.”
– Roberto Lalli, “Reductionism vs. Emergence in Theoretical Physics – Do Quantitative Differences Become Qualitative Ones?” 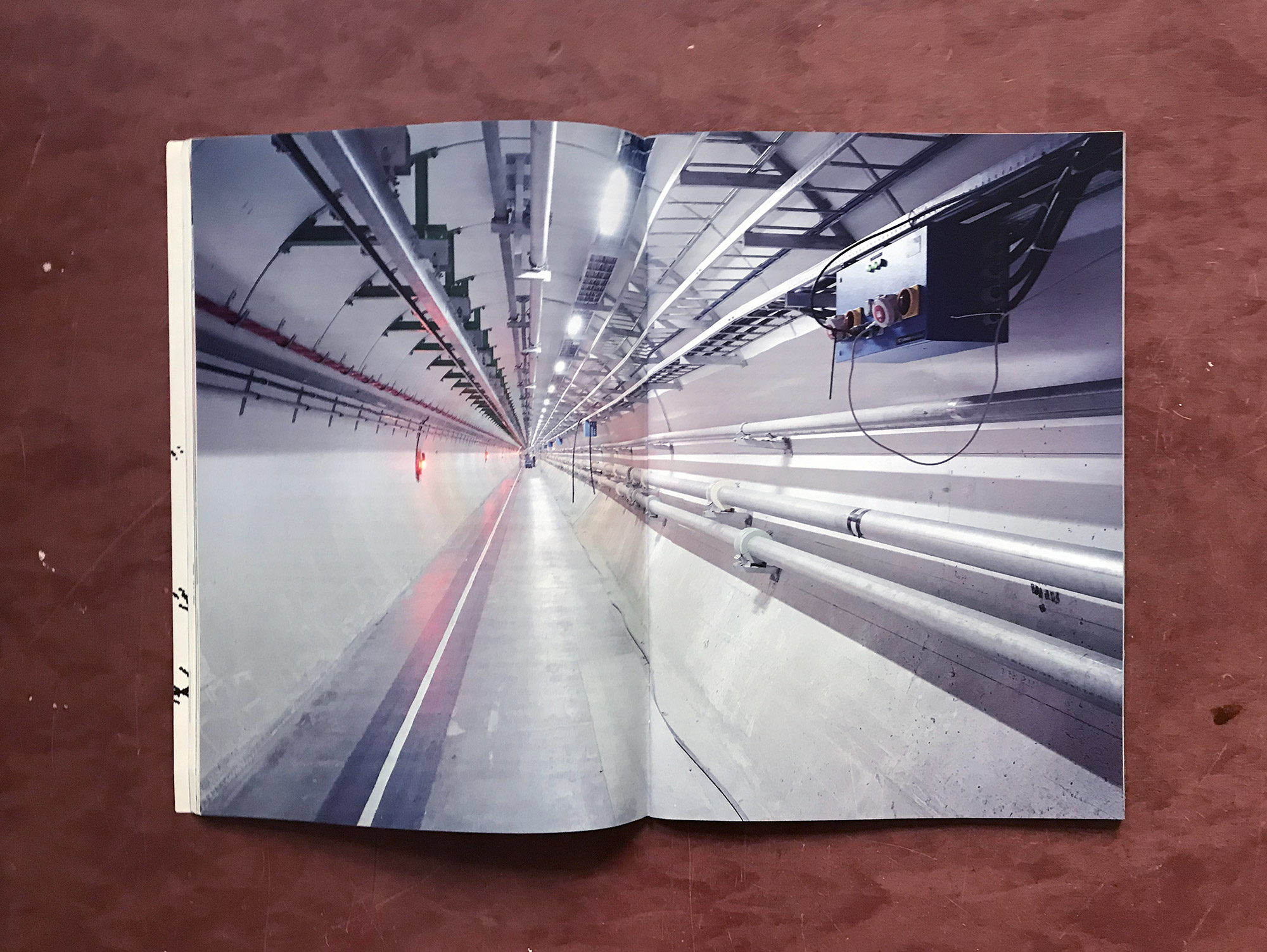 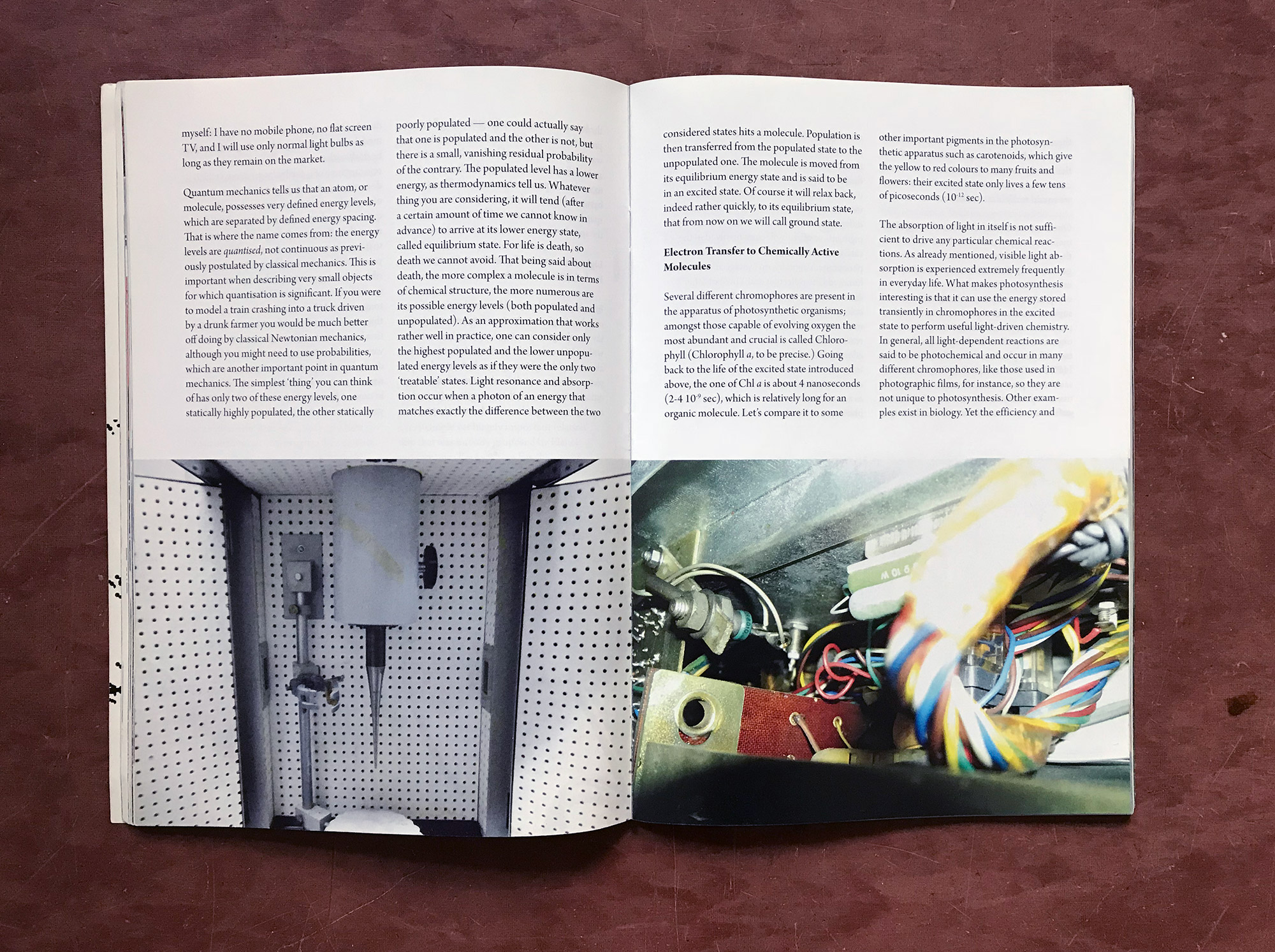 “Photosynthesis is the process by which mainly plants — but also a host of bacterial species — convert the energy of sunlight into, ultimately, chemical compounds, which are in turn used for metabolic reactions in the (photosynthetic) organism. To put things simply, it can be said that photosynthetic organisms feed on light. It can also be said that all the other organisms we know, including us, the Homo sapiens, feed directly or indirectly on the product of photosynthesis.”
– Stephano Stephanowic, “A Few More Stumbling Steps Into the Wonderful World of Photosynthesis – Chapter Two: Efficiently Enabling Life as We Know It (and Cigarettes) to Exist”

“What is an interpreter or an interpretation? Within the realm of computer science an interpreter exists as a program, devised in earth, in hardware, which instantly translates language into action, into execution and material or breath, either directly or through an intermediate translation. The interpreter must itself be described in a language, which, Ouroboros-style, can perhaps be the very same language which is interpreted, thus slowly and seasonably bootstrapping itself into a wordy autumnal existence and a cycle of development.”
– Martin Howse, “Dark Interpreter – Provide by Arts for the hardnesse of Nature” 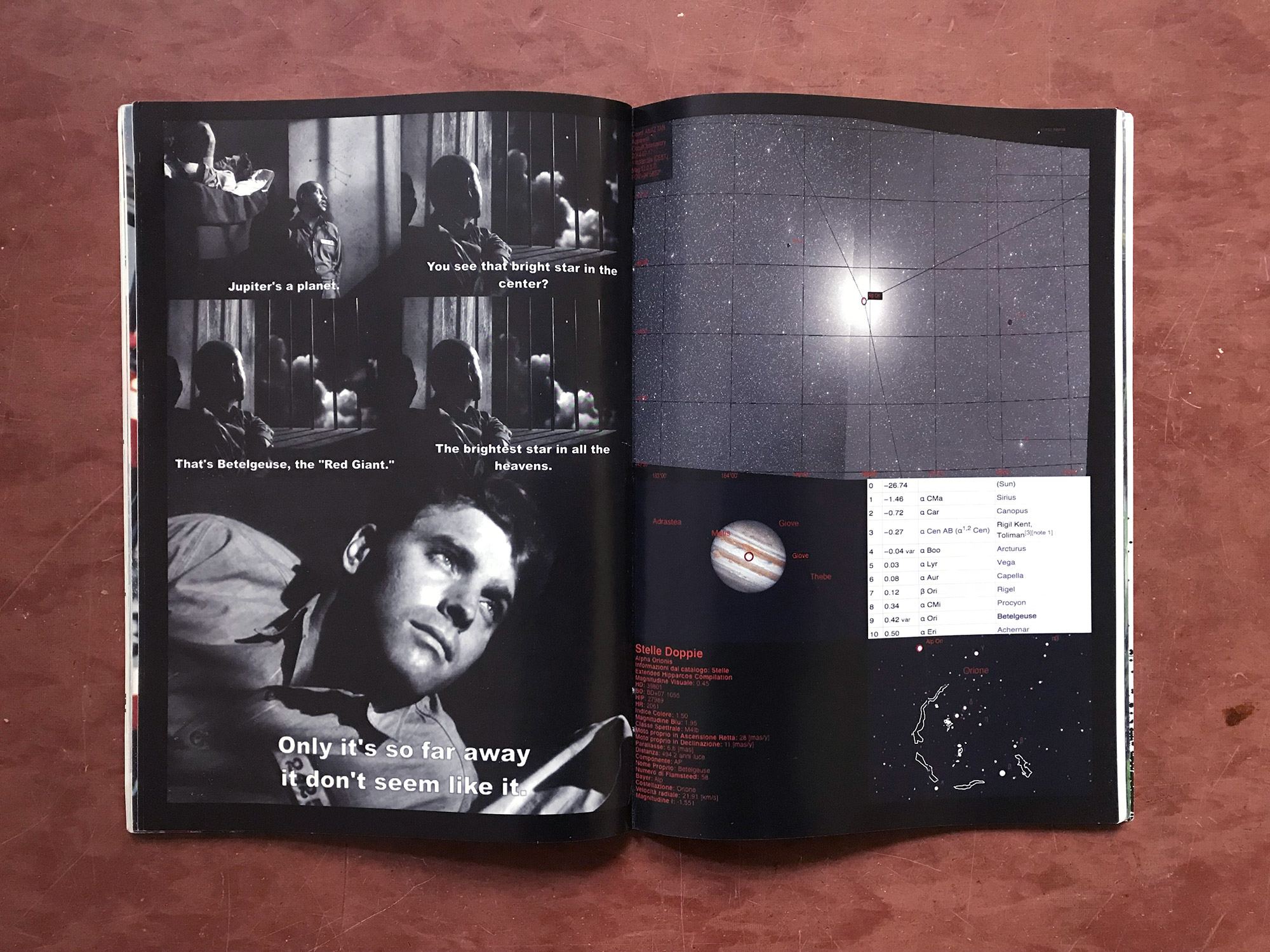 “The panorama may have been introduced as a new art form, but it was conceived to create a market for mediated realities and (seemingly) emancipated gazes. As such, it was an early manifestation of media culture in the making. Although it was not wired in the sense of broadcasting or the Internet, it was capable of teleporting its audience to another location, and dissolving the boundary between local existence and global vision. In an era when globetrotting for pleasure and organized mass tourism were taking their first timid steps, panoramas presented resplendent representations of exotic environments and current hotspots. Paris and Istanbul, as well as the battlefields of Waterloo and Gettysburg, were visited by spectators, who became “global citizens” avant la lettre.”
– Erkki Huhtamo, “Moving Panorama – A Missing Medium – Excerpt from Illusions in Motion”