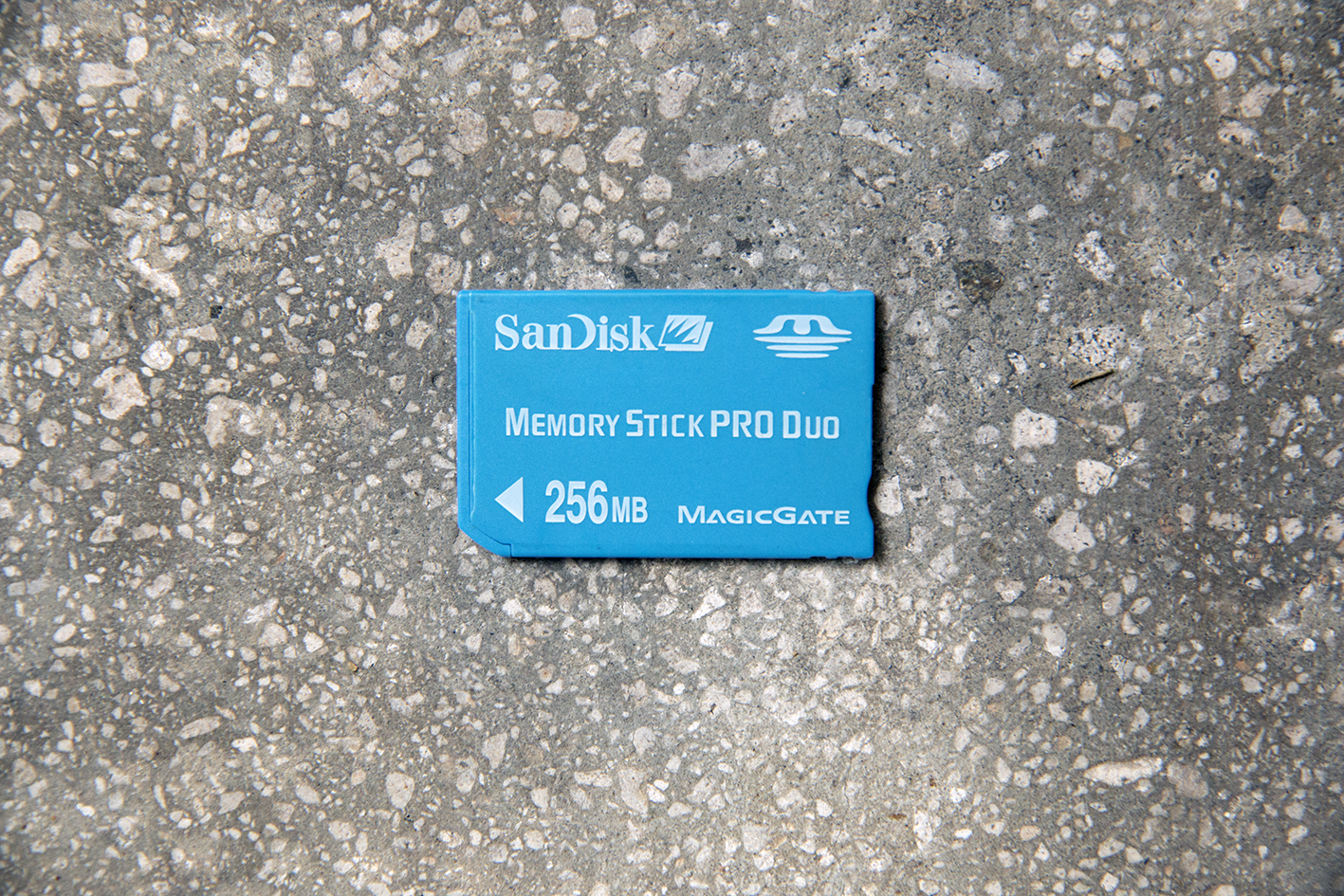 My old Sony digital camera mysteriously started working again – it will probably enable most of the upcoming photos featured in this column from now on. It used to be a neat yet cheap and simple thing already when I bought it, something like ten years ago. The very same camera is being sold right now on Amazon at the ridiculous price of $400 – most probably as a sort of vintage item for amateurs?

Anyway, I felt a stroke of nostalgic digital tenderness when I opened it and found the 256MB memory stick depicted in the photo above. That was more than enough to illustrate a three week travel through Germany! Now it would hardly manage the early morning selfies of a teenager.

To possess a limited amount of memory or to lose memory is perceived as something very negative, in regards of digital devices as well as in regards of the human brain – in the latter case, degenerations such as dementia and Alzheimer immediately come to mind.

Yet memory is not only about quantity, is also about quality: We do need to delete some stuff, to forget some information – intentionally or not – not only to avoid painful and annoying thoughts but also in order to simply make sense out of things. The famous mnemonist Solomon Shereshevsky could recall and repeat a long speech right away without taking any notes, yet he appeared to be confused and in trouble while managing common daily activities such as reading – every sentence was likely to recall too many distracting memories and images – or recognizing faces – they seemed to change continuously before his eyes.

The obsession for archiving, retrieving and organizing in a safe way huge amounts of data that informs the agenda of big companies as well as the private life of many human beings finds more and more outputs in the cultural production – countless art projects are dealing with archives, accumulation, redundancy, huge diagrams connecting that early industrial band with that political event, detailed diaries of what one ate, bought, fucked … it is all very impressive yet the little luddite in me feels that in certain cases – such as while telling a story – one should sometimes leave long lists behind and quietly – or even absent-mindedly – focus on selection, with no big fear of loss, incompleteness and destruction.