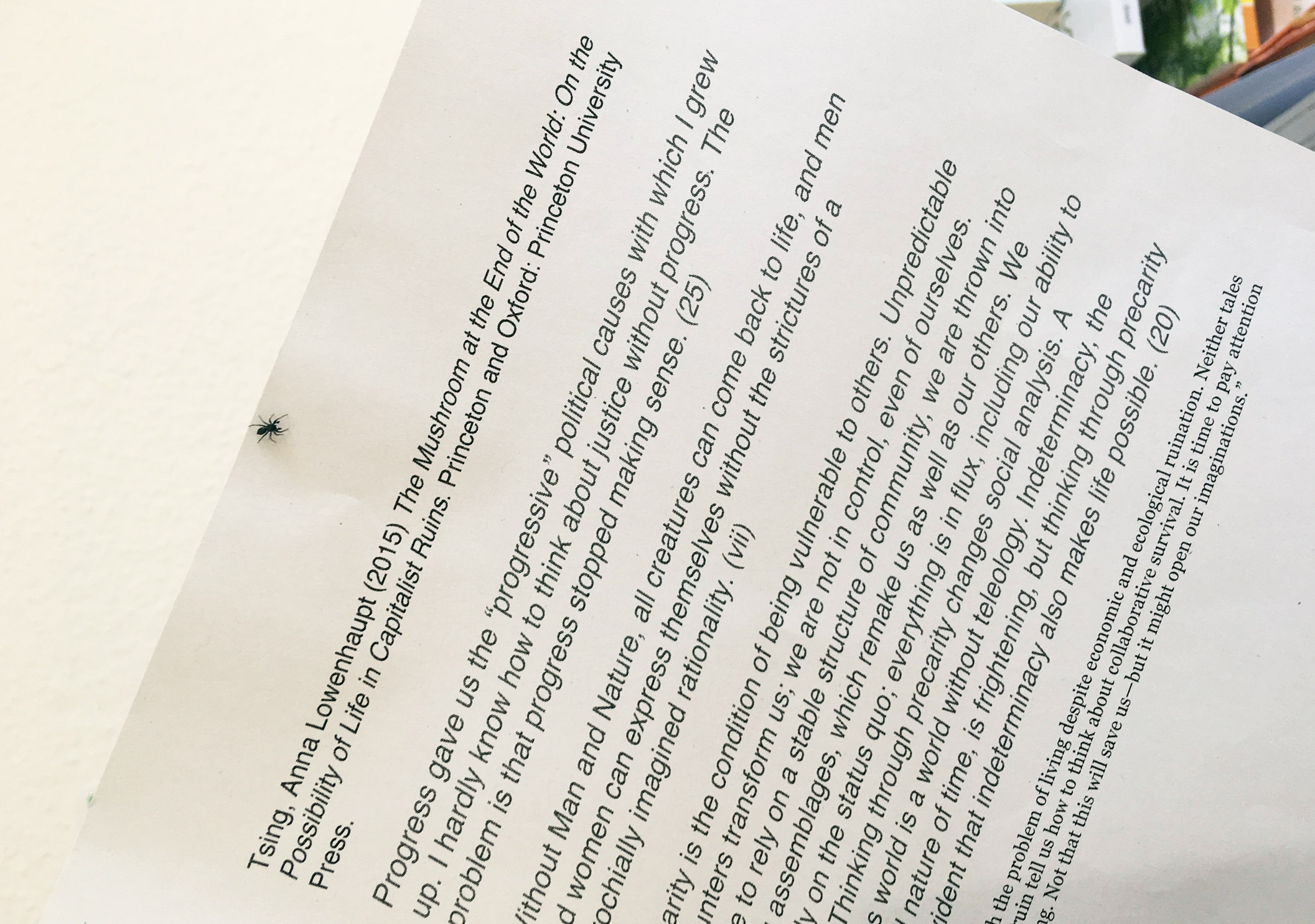 This morning a spider greeted me from the Tsing printout. I had gone to bed with her quote: “We are stuck with the problem of living despite economic and ecological ruination. Neither tales of progress nor of ruin tell us how to think about collaborative survival. It is time to pay attention to mushroom picking. Not that this will save us – but it might open our imaginations1.”
The German ‘spider’ proverb goes both ways – the spider can either attract or dispel sorrow and troubles at different times of the day2. In these uncertain times, for sure we have enough to worry about. Or rather to reflect upon.
There is a saying in Africa – “when spider webs unite they can tie up a lion.” I like the idea of creatively thinking and working together.

1. Anna Lowenhaupt Tsing (2015). The Mushroom at the End of the World: On the Possibility of Life in Capitalist Ruins. Princeton University Press.

2. The “Spinne” (spider) of the German proverb “Spinne am Morgen bringt Kummer und Sorgen, Spinne am Abend erquickend und labend” originally refers to the activity of “Spinnen” (the spinning of fibres), but the arthropod interpretation has become well-spread. www.duden.de/rechtschreibung/Spinne