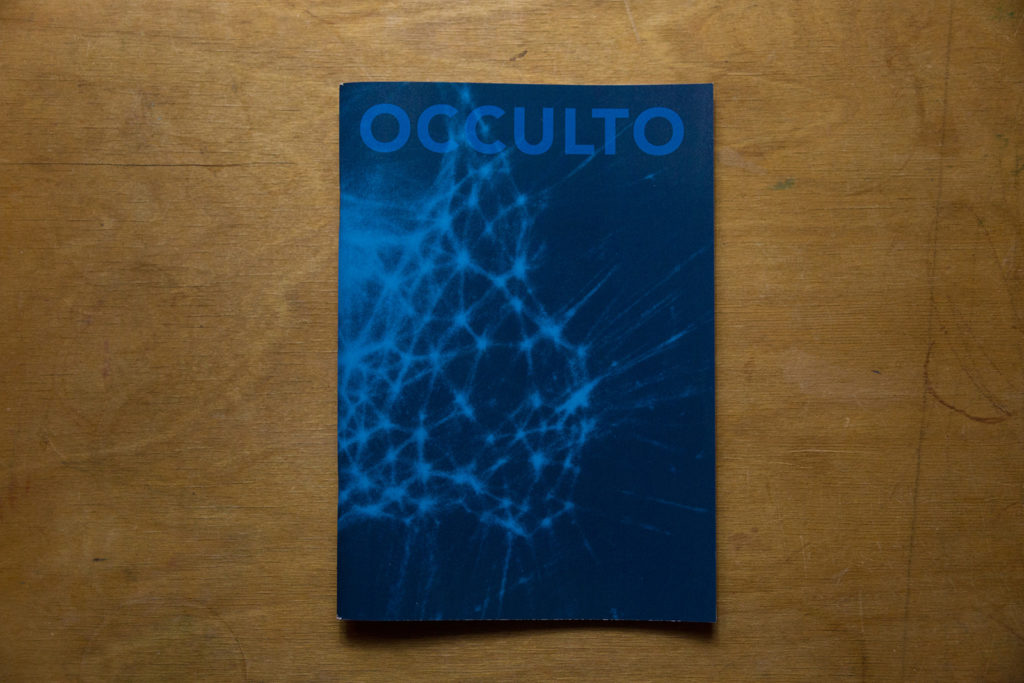 ﻿﻿﻿The father of information theory, Shannon, published a groundbreaking paper about computer chess in 1949; about half a century later, a supercomputer called Deep Blue defeated the world chess champion Kasparov in a momentous ‘human vs. machine’ competition. Kasparov is reported to have said, “The superiority of our brains allows us to control the planet. Who knows what could happen if it were to be defeated at the chessboard?” Who knows? The deterministic optimism of 19th century is long forgotten; today, we accept our limits, but we haven’t given up learning, experimenting, improving. The limits are often blurred or controversial, especially in fields such as technological progress, industrial production and public health – destruction can come from the same steel plant that is giving work to a whole city.
Alice Cannavà, editorial text

One of the deepest problems in geometry consists in understanding the subject of our research: what is a ‘space’, devoid of all the objects inhabiting it? The Euclidean plane – an inconceivably thin layer with no reverse, a paradoxical infinite sum of entities without dimension? Four directions (one of them is time, and each photon – or a single, ubiquitous photon – travels through it without ageing) in which a sphere, “a balanced wheel rotated evenly” moves, and watches, and creates everything?
– Fosco Loregian, “Algebraic Topology – An Essay on Identity”

Industry creation a creation in the equation why why etc. Why equally 8X eight eight a ex and X Plus babe why am ex are the variables–Space–White why while ANB are the constants that had passed that headache asked that hand hey hey hey asked as us define devalue the value call of the variables. Constance cons done Constance and marvelous and Mario Brothers Barrientos Mario Brothers hey I need each other baggy bodily badly not only in the world of numbers.
Alice Cannavà, “Pieces of Information – Color-Changing Cephalopods, a Machine That Turns Itself Off and Other Stories” 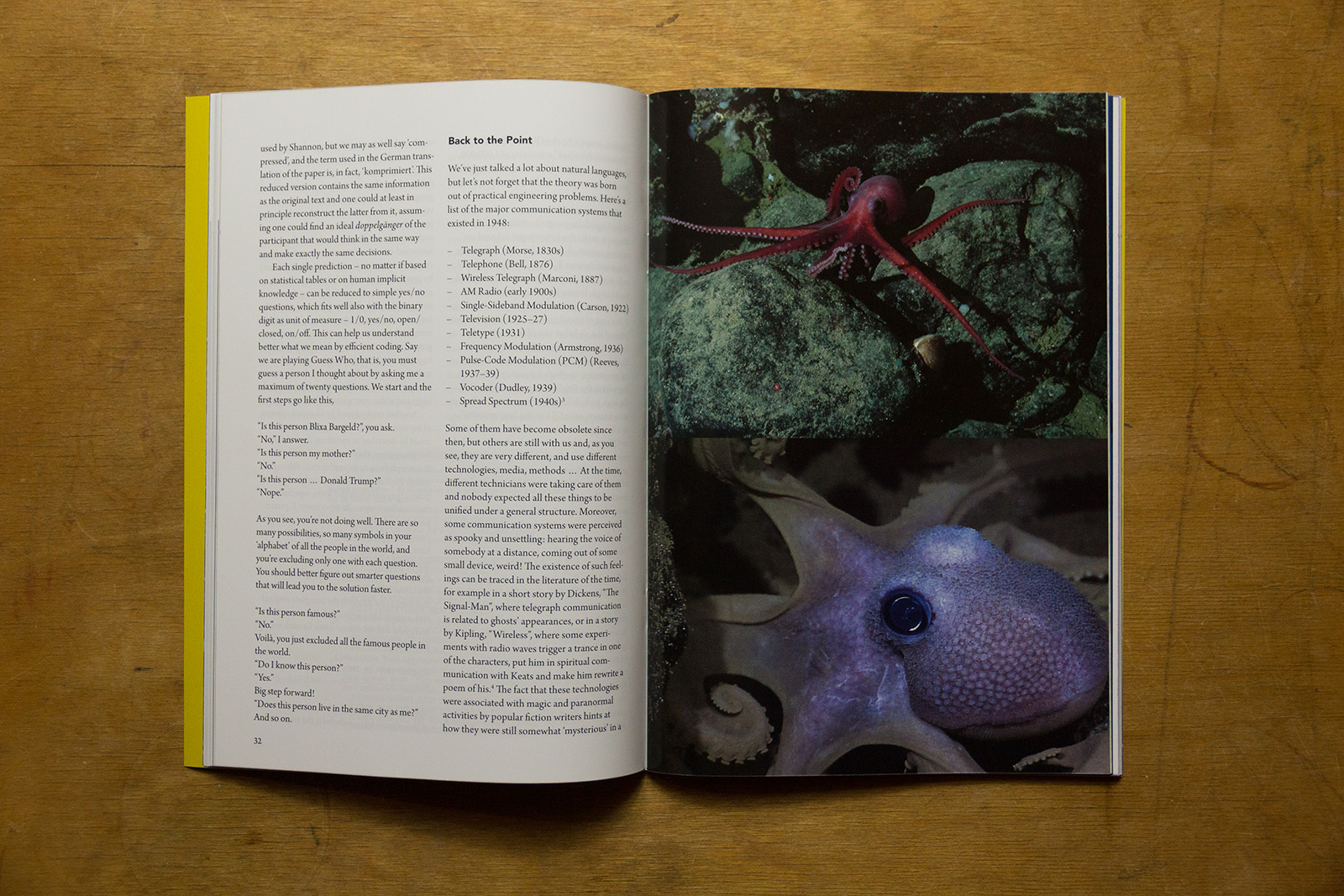 A nuclear power station there, of all places? This would have spelled the end of the Pfaueninsel as a public attraction: the palace towers hidden by cooling towers, the free-running peacocks captured and taken away, the centuries-old oaks cleared, entry to the island strictly forbidden … Even for a period as enthusiastically progressive as the early sixties such a plan seems a little surreal. And it poses an important practical question: Would a large industrial plant really be built on an island where this required constructing an expensive bridge first?
Sebastian Petrich, “The Nuclear Power Station on the Pfaueninsel – An Astounding Case of Modern Myth-Making” 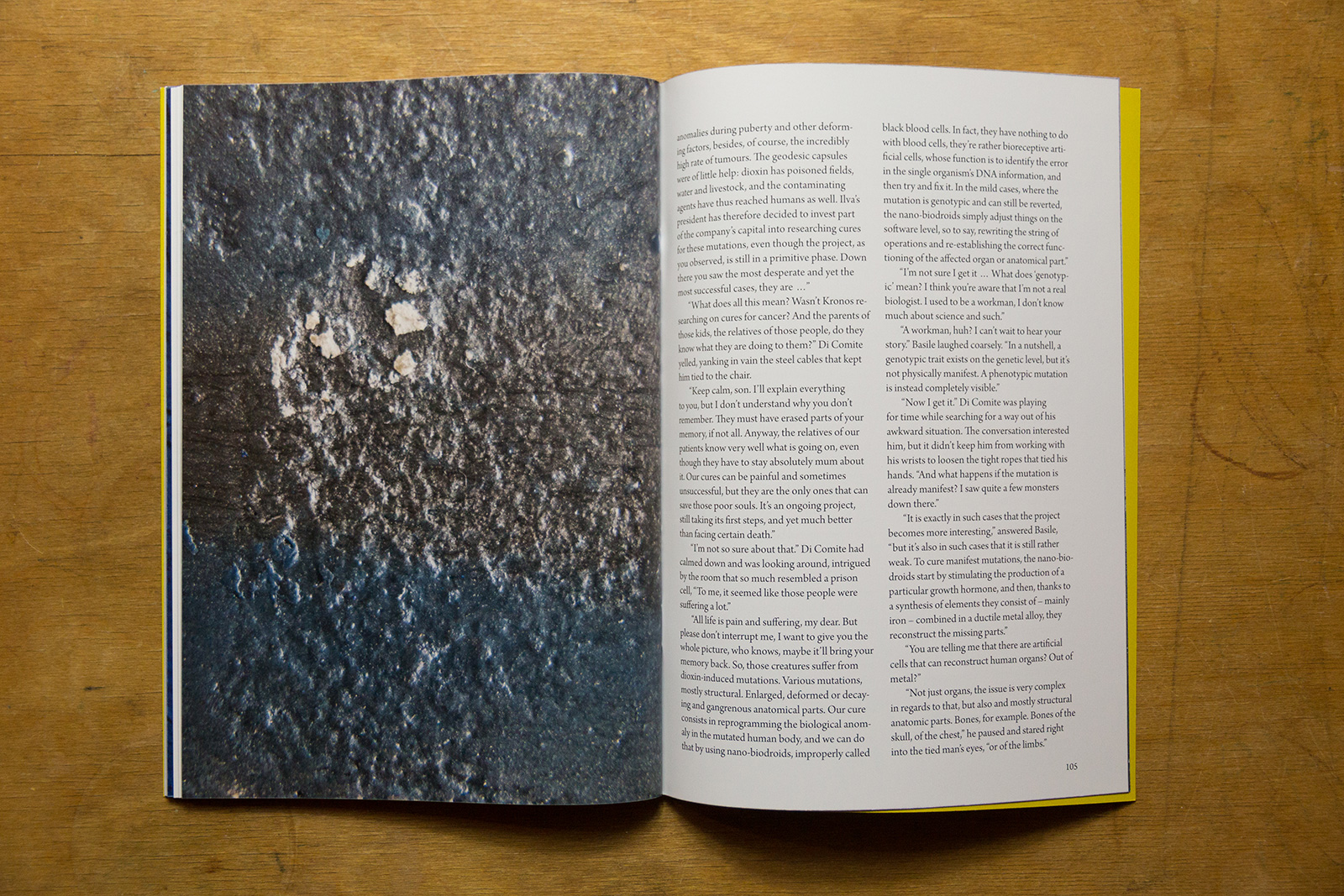 The manuscript was 105 pages long and completely legible, they said. There were also a number of incredibly intriguing drawings, including crosses in a style I didn’t recognize. And a snake, curled in an S-like form around the strange script. Its tail encircled what looked like an infant.
The images had been examined by an expert, they said, who claimed the book was a Bible, although no one had been able to decipher the text. From the images they believed it to represent a part of the New Testament.
Russ Hodge, “The Bible of Babel – A Backroom to a Parallel Universe” 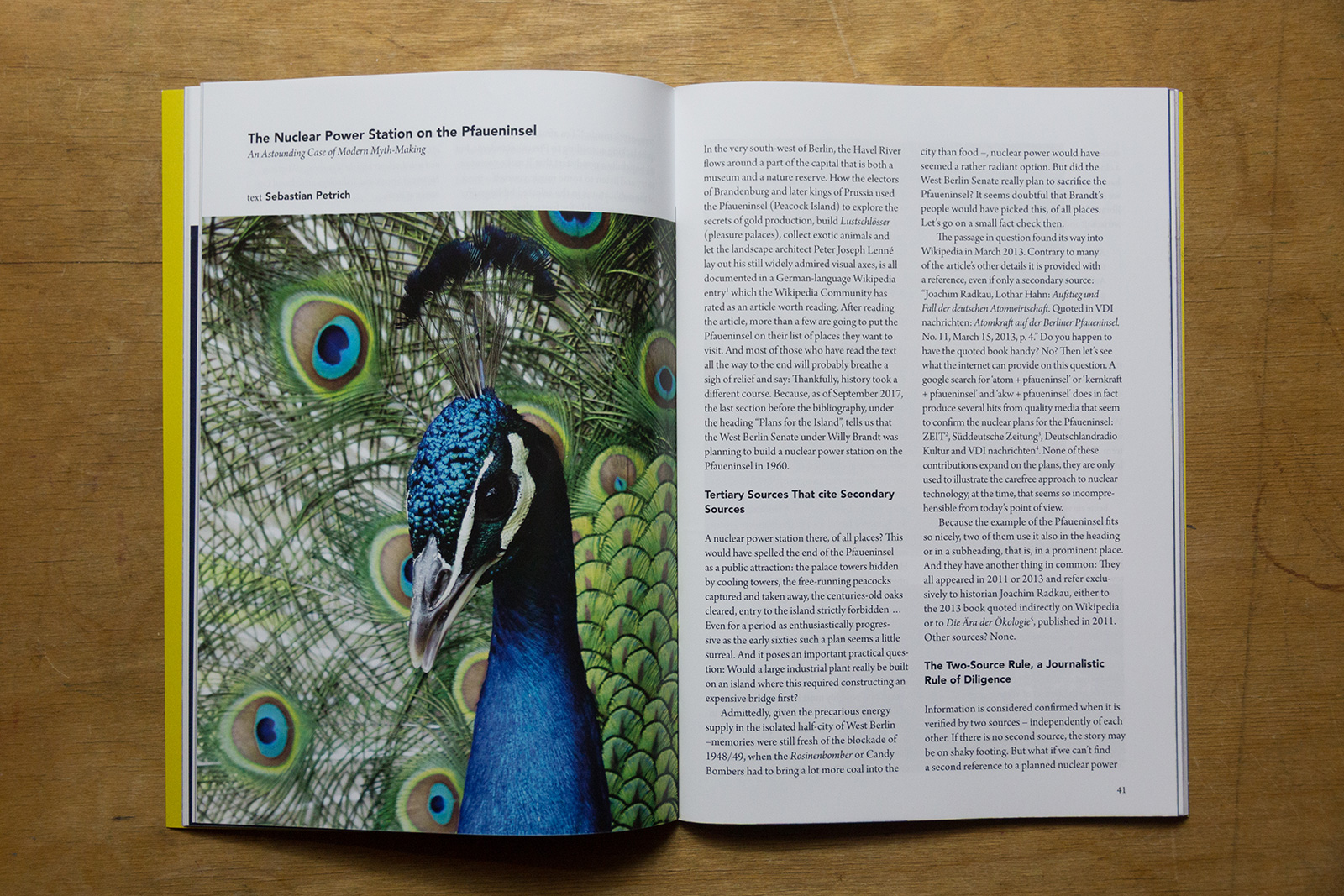 Apparently, Charlie Chaplin’s rules of behaviour are not different from those of Pac-Man: the iconic yellow-dot character also always reappears from the side opposite the one he had left. But he reappears in the same frame: the content of the screen does not change, and the lateral borders work as if they were glued together – topologically speaking, Pac-Man lives on a locally flat portion of a cylindrical surface.
Giulia Liberti, “Where the Picture Ends – The Borders of the Frame and the Construction of Film Space”