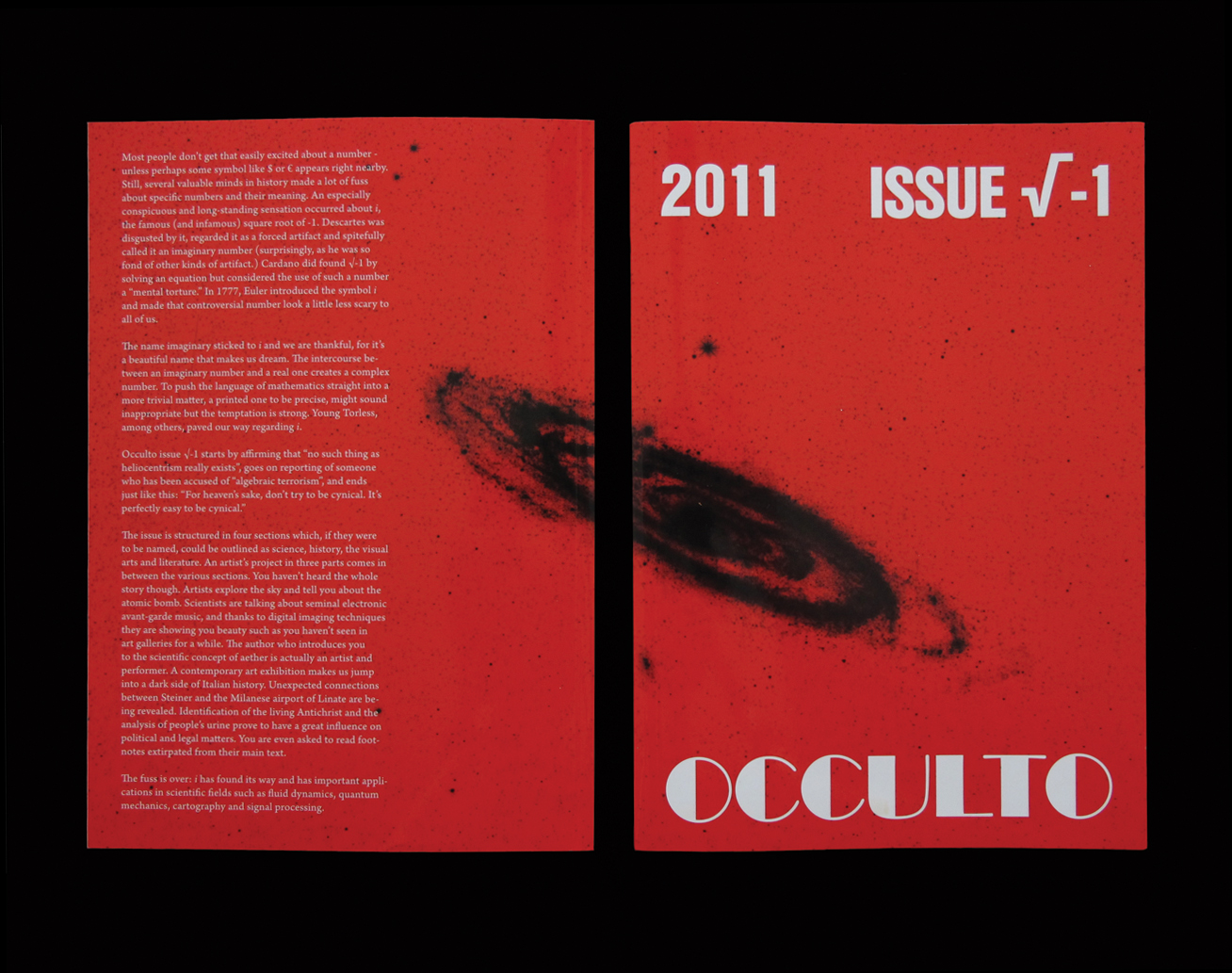 Occulto Issue √-1 features stories about urine tests and work conditions; sea urchins and Magnetic Resonance Imaging; oscillations applied to neuroscience and electronic music; delirious theories about how sistematic blood transfusions can heal any mortal disease; reflections on the damages caused by scientific illiteracy in the last centuries and more more more. Buy the issue and get a free download of the first collection of music compiled by Onga Boring Machines for Occulto Magazine. 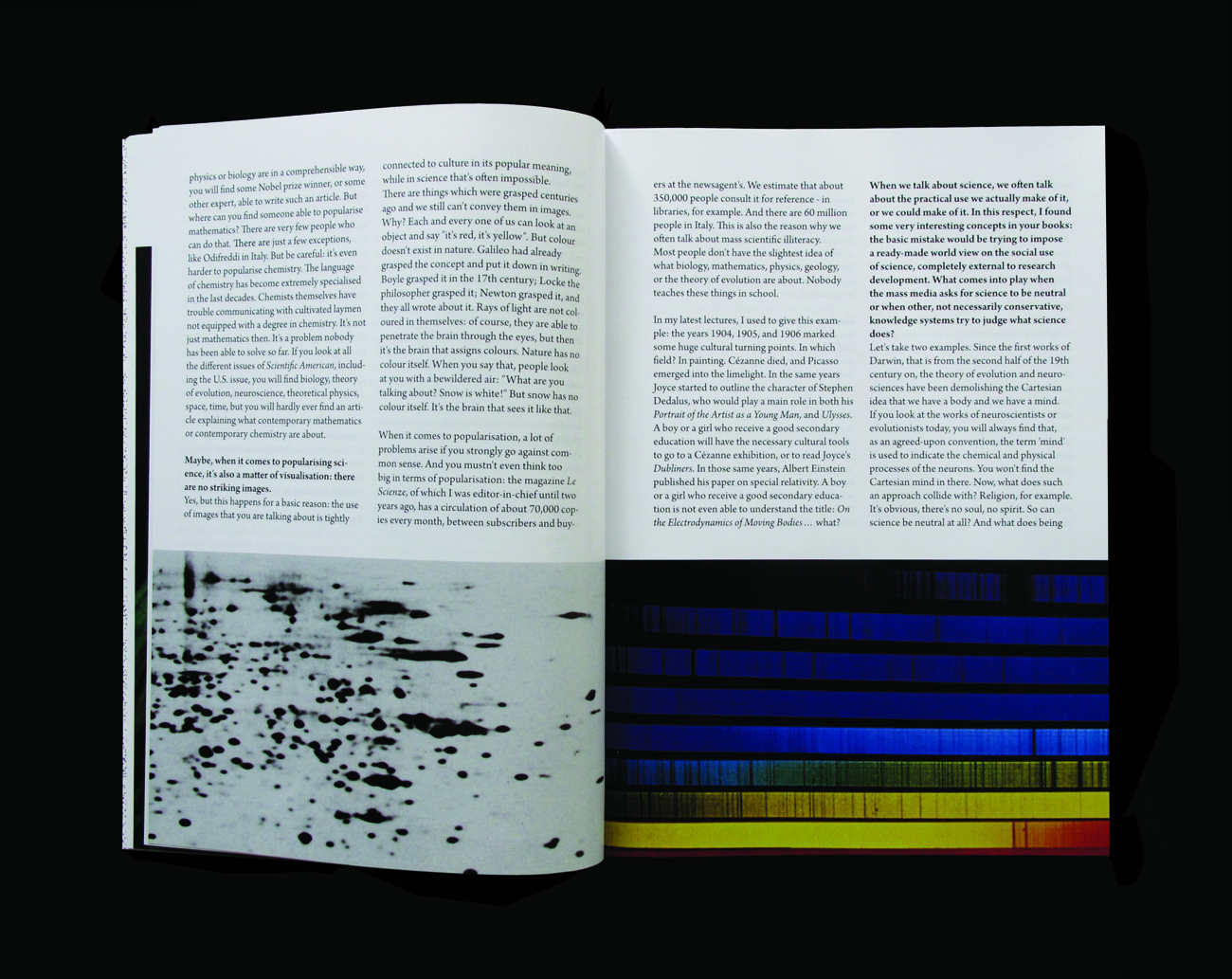 Occulto issue √-1 starts by affirming that “no such thing as heliocentrism really exists”, goes on reporting of someone who has been accused of “algebraic terrorism”, and ends just like this: “For heaven’s sake, don’t try to be cynical. It’s perfectly easy to be cynical.”
– Alice Cannava, editorial text 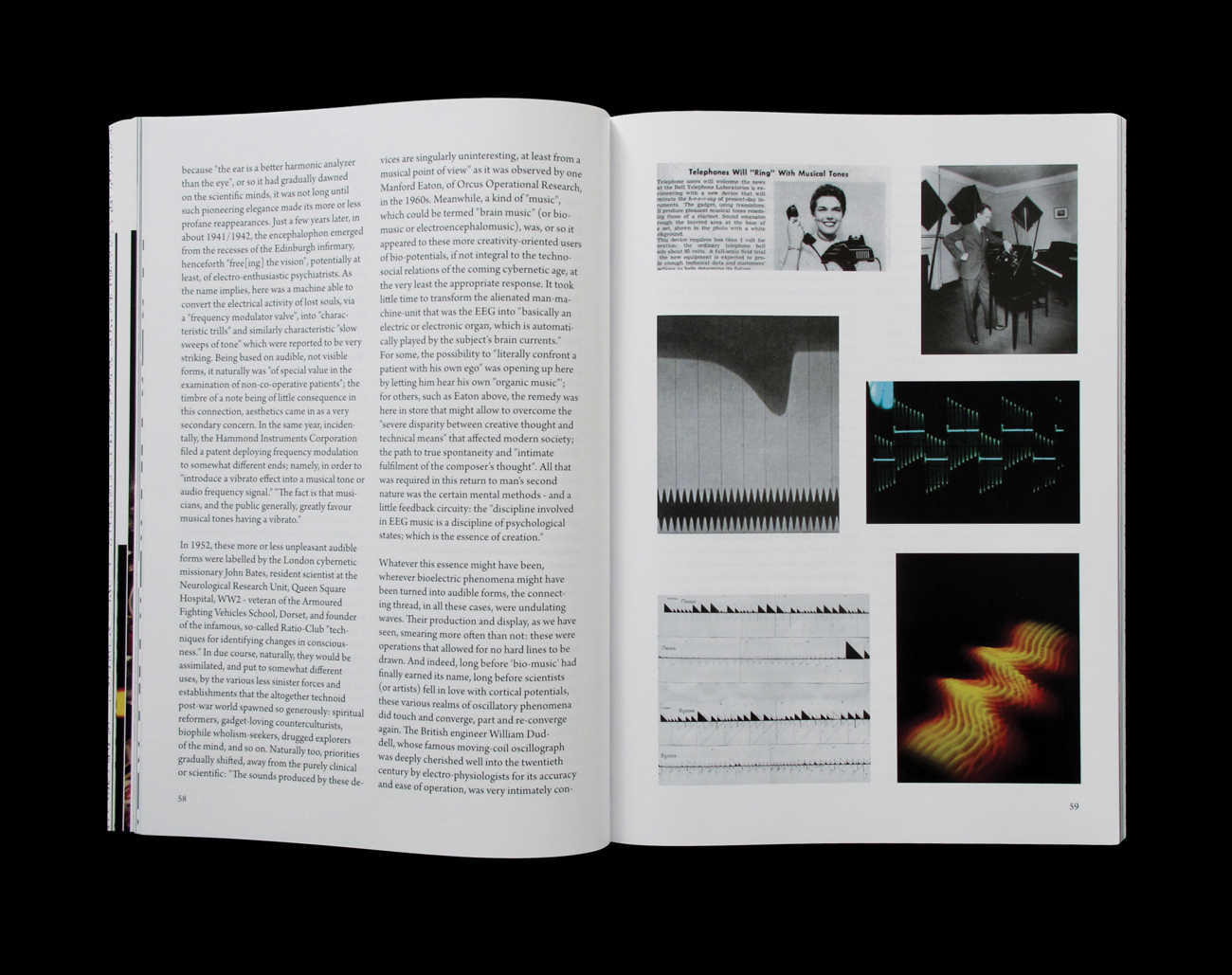 “The battle for the cosmos did not therefore end with Galileo. Simplicio, the Ptolemaic of Galileo’s Dialogue Concerning the Two Chief World Systems, is still smiling, in grotesque but lively company.”
– Massimo Sandal, “And Yet It Mustn’t Move – Geocentric Shadows of Yesterday on Our Today’s Tomorrow”

“The climate of the desert Southwest is a fertile breeding ground for fair weather cumulus, clouds which are formed by columns of hot air rising from the desert floor and forming puffy white clouds a mile or so in the air. These convective cumulus clouds bear a striking resemblance to the official logo of the a-bomb, the mushroom cloud.”
– Bill Dolson, “The American Southwest, Land Art, and the Atomic Bomb – A Personal Perspective”

“The trajectory, this path of bent light, can be placed under the sign of the aether; a story of a relationship to substance and the world which can be called science, or language; a question of the becoming of models and of abstraction. It’s a story of the less mysterious, everyday action at a distance, of attraction and repulsion, of lines of force, within phenomena termed as gravity, electricity and magnetism.”
– Martin Howse, “The Aether and Its Double – That Message Which Has Yet to Be Sent, But Which Has Already Arrived”

“[…] sea urchins are internally primarily composed of a digestive tract (blue) for food processing and gonads (yellow) for reproduction – they presumably lead a very happy life. However, some animals possess additional structures, such as the so-called Stewart’s organs (red), horn-shaped internal protuberances whose function despite their considerable size is still unclear.”
– Alexander Ziegler, “2500 Years of Revealing the Hidden: Occult Studies in Zoology” 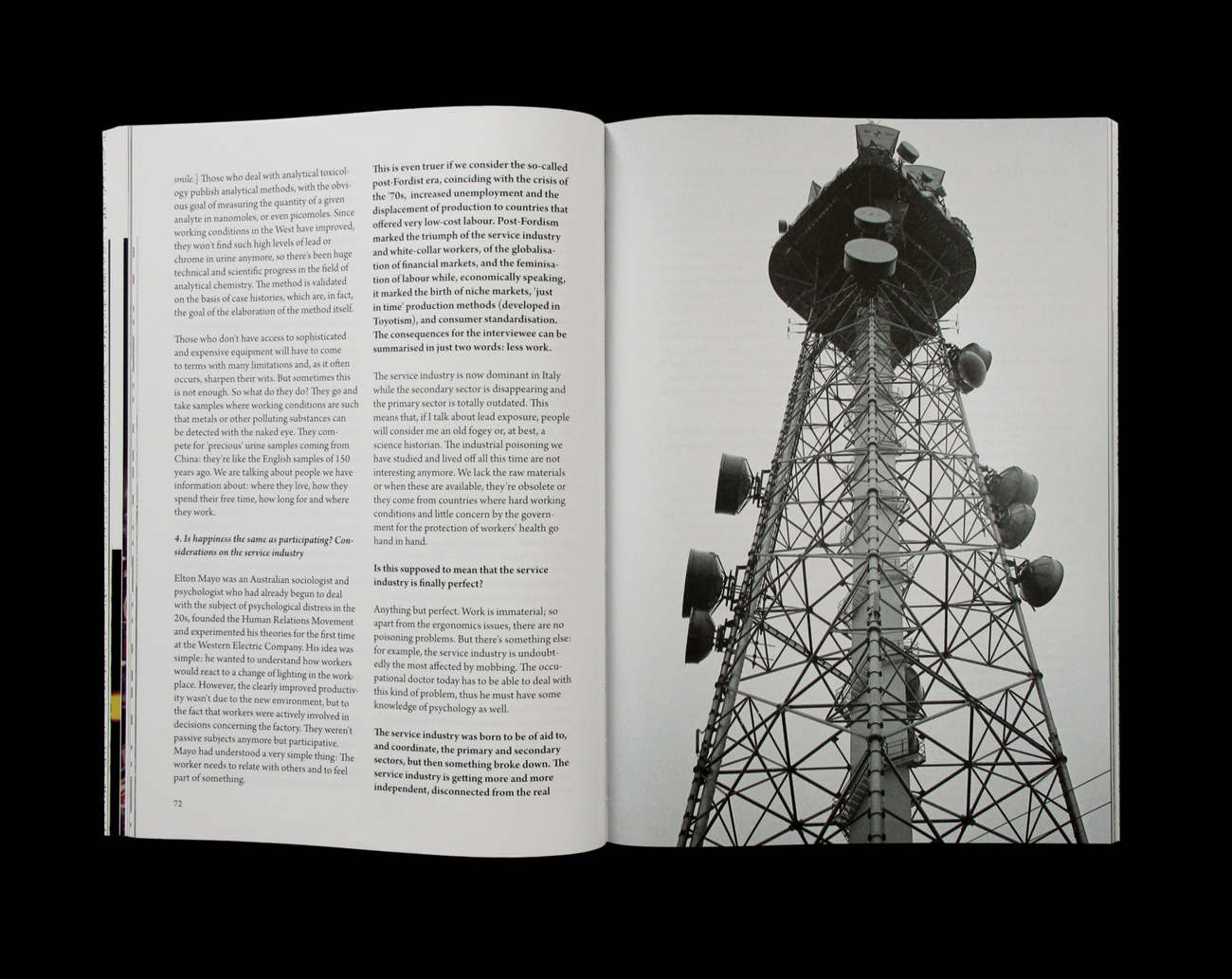 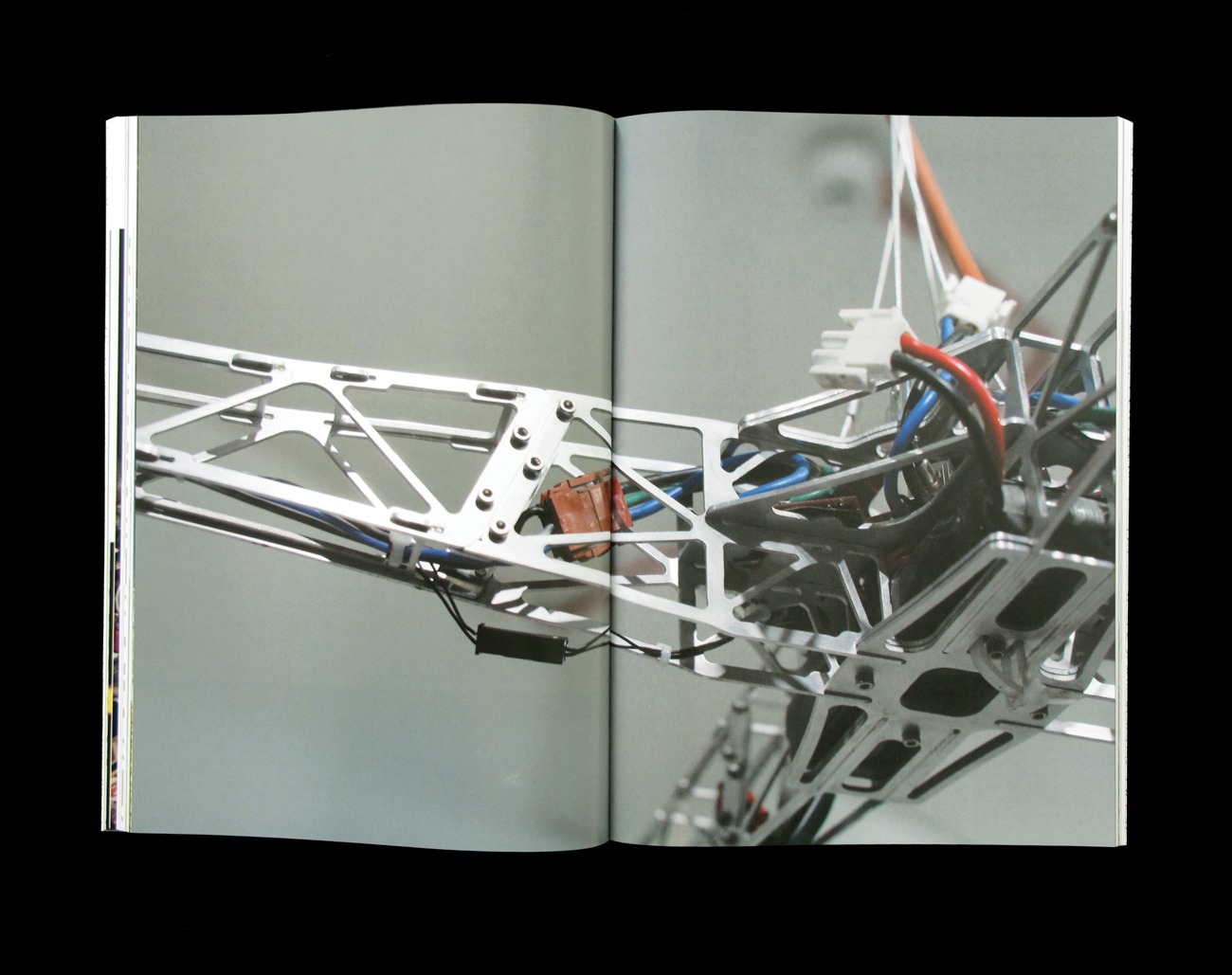 “There is also an individual susceptiblity on certain chemicals, for instance a polymorphism (a difference in phenotypes within a population) of enzymes deputed to the biotransformation of hazardous chemicals leads to an increased or decreased risk of carcinogenesis. We are talking about probability, but the future of medicine is going more and more in the direction of the customized drug: no reason to exclude that occupational medicine could aim one day or another at customizing ed chemical exposure (with social and political implications that only Philip K. Dick could describe.)”
– Federica Rossella, “Occupational Medicine – I’ve Seen Your Pee and I Know What You’ve Done” 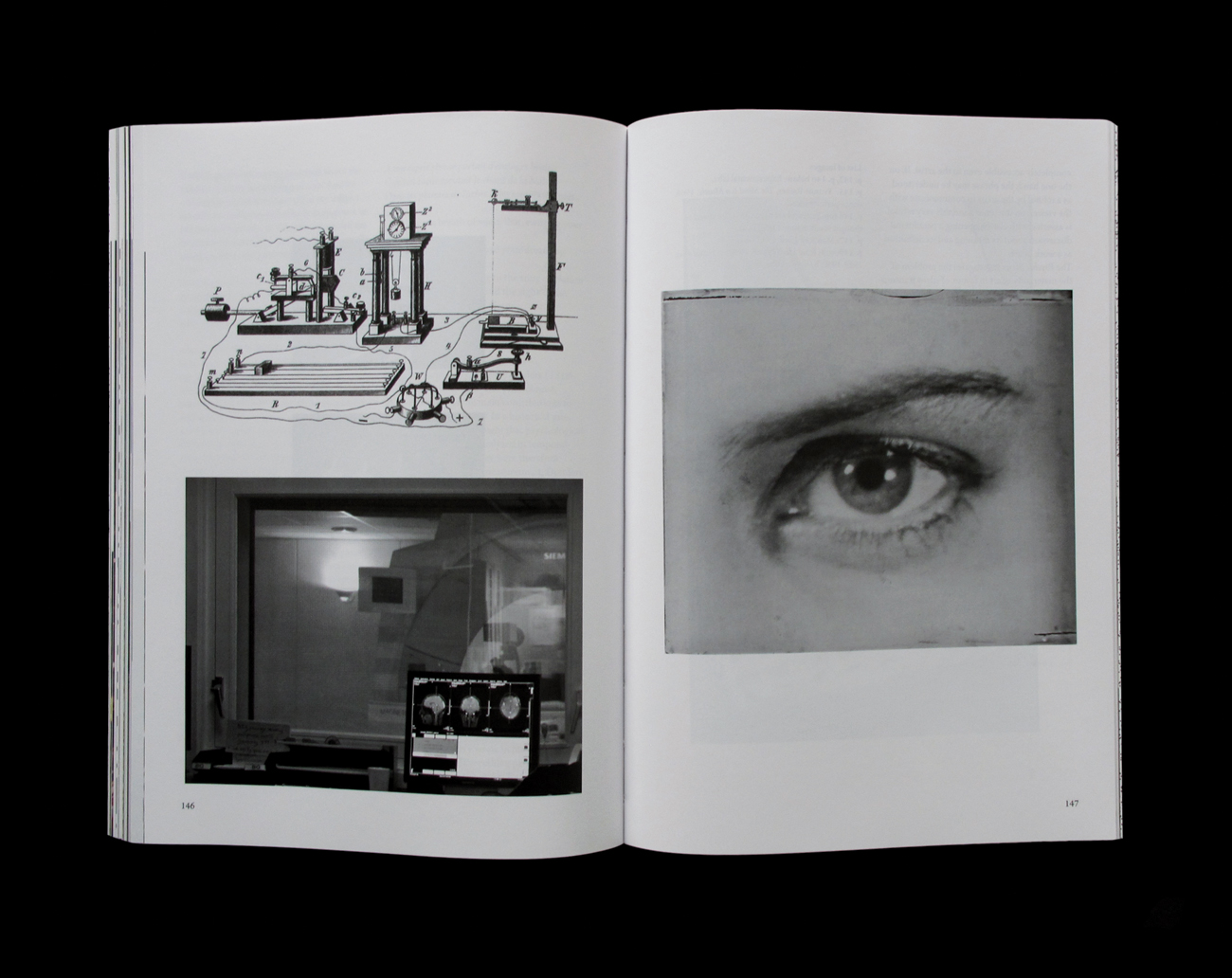