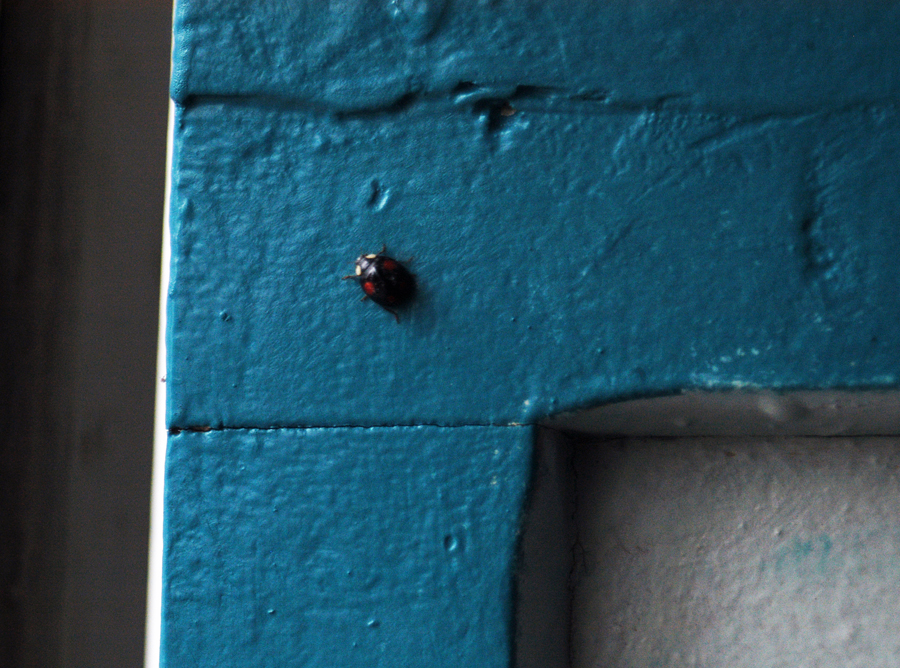 This week we focus on a kind of insect that everybody finds cute: ladybugs. I fancy them as well and I was happy to find the one depicted above in my first, unforgotten home/office in Berlin. While wasps seem to emulate bees’ color scheme – as already mentioned a week ago – that little creature climbing the wall of my toilet perfectly matches Occulto Magazine’s one – which is very sweet and flattering, but let’s go a bit deeper: What kind of ladybug is that? Most probably a Harmonia axyridis, commonly known as harlequin ladybird – there are many versions of it in regards of colours. It is usually pretty big for a ladybug, it originally comes from Asia and has been introduced artificially in Europe and North America, mostly in order to control pest insects.

In fact, it came out that this harlequin fancy things are extremely invasive insects that indulge in quite nasty habits: They are fierce cannibals that exterminate the local ladybirds population; they stink awfully; they attack and contaminate crops and plants with negative effects such as alteration of wine – the Italian part of my audience will probably feel especially indignant at this point.

So much for the cuteness of (some) ladybugs. I am not suggesting that you go hunt them or that you find a new nickname for your girlfriend – ladybug is still way better than pumpkin and honey bunny, if you ask me – but rather that we try and think about animals and what they do with a curious attitude that renders certain categories such as cute, hateful, good and evil – as well as certain ‘animal rights’ campaigns – pretty controversial, if not inadequate.