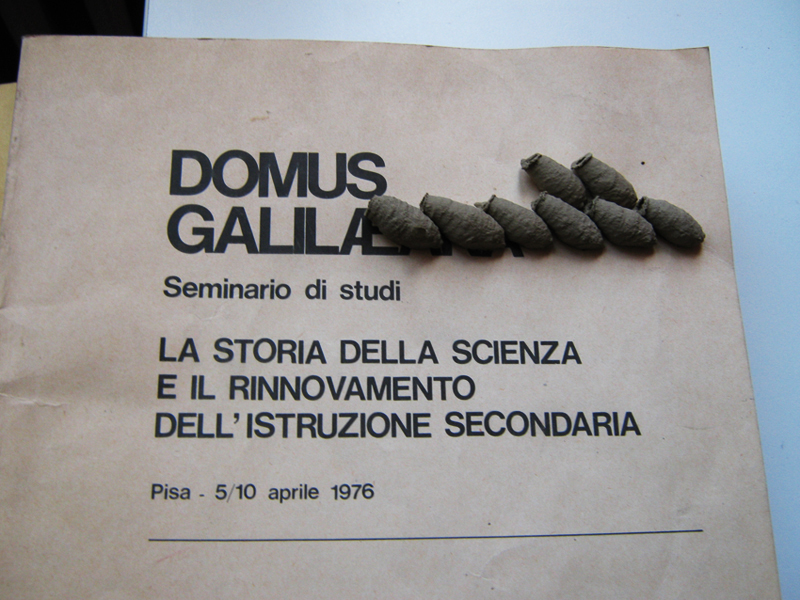 Wasps are commonly considered annoying insects that sting people and try and emulate bees’ corporate identity while not looking as cute and not doing all the good that bees do. I won’t go as far as to say I like it when they pester me while I am having one of the few outdoor coffees that Berlin summer weather allows, yet it may be worth mentioning that:

Most parasitic wasps prey on pest insects and have minimal impact on crops – they do attack your croissant, but they eventually contributed to make it possible;

Some wasps do pollinate, like bees do. In fact, they are the exclusive pollinators of certain fig plants. If you fancy fig as a fruit – try it with salami, is delicious – you should love wasps;

Some wasps are artists. In the photo above you see what one of them left on an old Italian publication, optimistically titled “The History of Science and the Renewal of Secondary Education” (N.B.: We’re still waiting.) Those graceful craft items are nests made out of mud, molded by female wasps known as mud daubers – or dirt daubers, or many other names – with their mandibles. Their function is to preserve eggs and/or to store food.