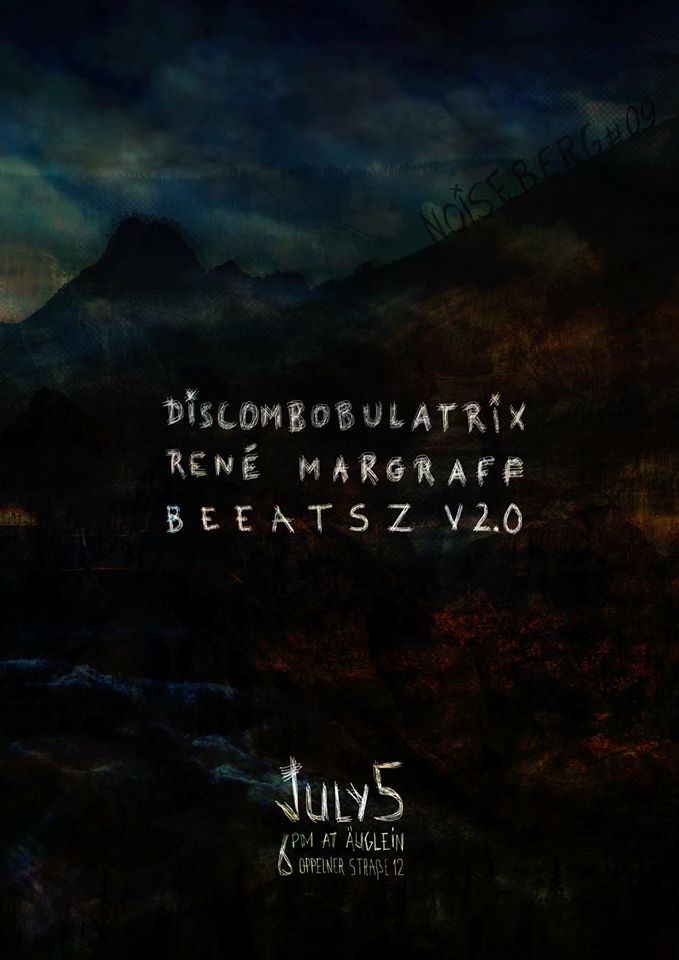 OHM is a klein aber fein club located in the former battery room of a disused Berlin power plant – the same complex that hosts Atonal, right nearby Tresor. Uwe Schmidt aka AtomTM needs no introduction, I guess, anyway he’s a very eclectic German electronic musician/producer active since the 80s, last time I have seen a performance of his it was a laser show at Transmediale. As it often happens, I am also interested in the smaller names: Vinilette is one of the best dj in town and Strobocop vs. the VSQ djset sounds promising as well. Summer is here and this night of good electronic dance music is a good way to start the weekend. Presented by Digital in Berlin.
facebook.com/events/1447489928885387
www.digitalinberlin.de/grand-jete-atom-tm-2015

To be honest, I don’t know much about this exhibition and could not find any press release – which is not necessarily a bad sign. Anyway, I love animal photography, the list of artists is interesting and I like ACUD. So let’s go have a look!
www.facebook.com/events/311722075680746/
acudmachtneu.de/events/222/animal-photographers/

Noiseberg #9 features the liveset of our friend Renè Margraff, who just performed at one Occulto Night last Friday! If you were there you probably want more, if you weren’t here’s a second chance. On top of that, the blasting sounds of the Romanian Discombobulatrix and the four channel harsh drum project by BEEATSZ v2.0. If you know how tiny Noiseberg’s room is you may be wondering how the latter will be arranged…I am curious as well.
facebook.com/events/767763626678382/

You can make it here after Noiseberg, is not even that far away. I have a thing for non-narrative cinema and the program of this evening is proposing an interesting selection of oldies, ranging from 30s classics by Oskar Fischinger to 70s experimentations by James Whitney. I have been to Spektrum opening so I can tell you that both the screening room and the whole venue look beautiful – they came out of the renovation of an ex-Bäckerei inside a Taut-Haus.
facebook.com/events/1447489928885387
www.facebook.com/events/1585359918396465