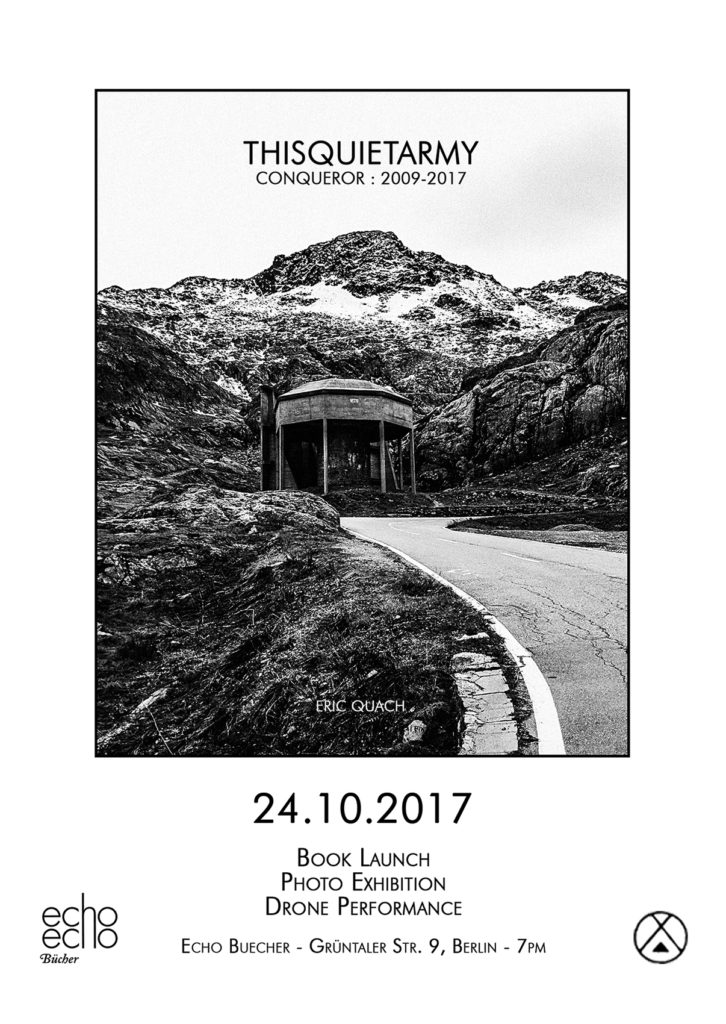 Eric Quach, aka THISQUIETARMY, looks back on eight years of touring and solo live performances across the world – an adventurous journey that evolved organically and exponentially after a steady decade-long career in a scientific field and a corporate environment. Between 2009 and 2017, his unique brand of experimental guitar-based soundscapes, prolific body of work and unorthodox tour plans led him to perform close to 500 times across 35 countries in North and South America, Europe and Asia. These performances took place as much in professional concert venues and internationally renowned music festivals, as in art galleries, living rooms, churches and alternative DIY spaces off the beaten path, away from the conventional touring circuit. On the road, he encountered his peers and his fans, connected with people from all walks of life, dropped in their intimate sphere and daily routine, shared their views, struggles and cultural perspective through food and drinks, hospitality and sightseeing. As a result, Conqueror: 2009-2017 presents an anthropological glimpse of Quach’s odyssey over 17 extensive tours through countless kilometers, with more than 1000 photographs and 30000 words.