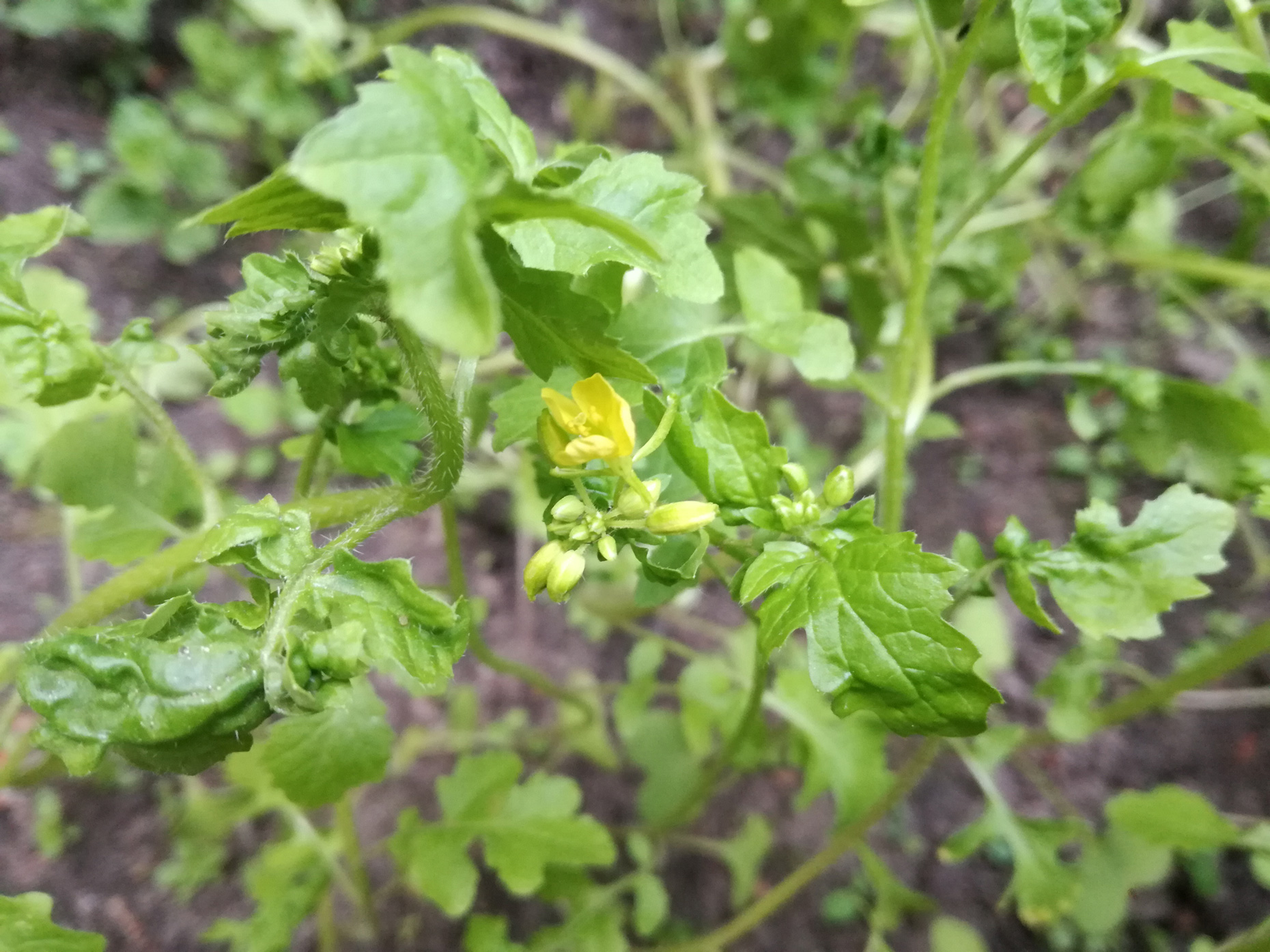 The white mustard young plants still look a bit weak, but they’re thriving, and blooming. I sowed them about one month ago in the backyard of the apartment building where I live – a shady garden nobody took care of for a long time, but still inhabited by a vegetal and animal crowd.

I’ve been observing and identifying the plants, with the help of a heavy book soon backed up by an addiction to Pl@ntNet. Some, like the hollyhock, have recurrent fungal parasites. Others, like ivy and dotted loosestrife, are everywhere: left unguarded, the strongest plants that can best tolerate difficult light and soil conditions have been taking over. Yet human design is still visible: begonias, rhododendron, roses. I’ve been growing a few plants too, and white mustard is one of them for many reasons: it’s an annual plant, so it doesn’t require a long-term decision in this first experimental phase; it’s good for the soil (and often used as green manure); its tiny yellow flowers attract bees and other insects; several parts of it can be eaten, and it grows fast.

The first hazard to the young plants I could directly observe is anthropic, and consists of copious watering sessions occasionally perpetrated by a well-intentioned neighbour. A diplomatic attempt to mitigate the damage was simply answered with “but it’s just like rain”. Later on, I’ve fantasized about a text written around that statement – a paper on its cultural-historical implications, or even better a sci-fi novella, the story of a mysterious rotating lashing rain from below upwards – but I wasn’t as bold on the spot. I wondered if my lacking communication skills would become a second, very anthropic hazard to the plants, and considered growing some more mustard in a safer zone, as a control group. Yet the garden is not a lab, and words such as “control” lose their grip in the complex and crowded system of living and non-living beings I have just started to know better.