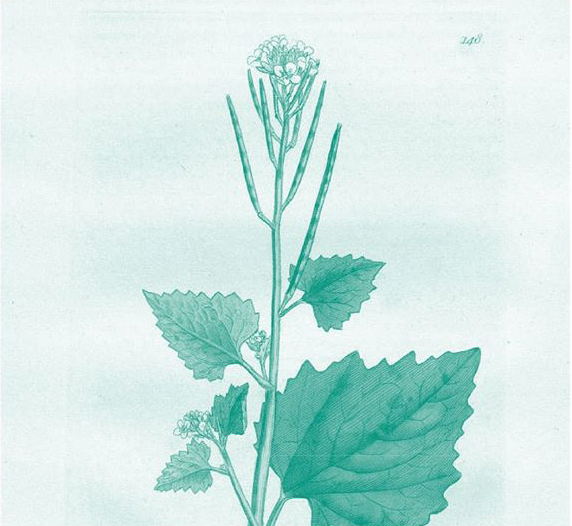 Zabriskie is a “bookshop for culture and nature”. A way to discover what this means is to go there and check the books selection, another is to participate in their outdoor activities! They have two ongoing series of walks in Berlin where you can meet, observe and learn a lot about some of its non-human living inhabitants: one – Vögelperspektiven – is focused on birds and wonderfully guided by biologist and journalist Christian Scwhagerl. Another – Kräuterspaziergang, – is focused on herbs, is guided by plant-expert and naturopath Daniel Zschiegner and its next episode is coming this Thursday. N.B.: you must register in advance.
zabriskie.de/kraeuterspaziergang-mit-daniel-zschiegner-do-15-juni
facebook.com/events/134412920444532

Hanno Leichtmann’s Grand Jeté is back, in a new venue that, following the tradition, starts with O and is three letter long: (The) Off. Fine electronic music, somewhere between dance and experimentation, lots of space for acid, EBM and dark noisy influences. This time the line-up features Objekt (Hessle Audio/PAN), Silva Rymd (:// about blank) and Annika Henderson (Stones Throw, you may know her as musician with the moniker ANIKA, she’s active as DJ as well), and visuals by Natalia Escobar.
facebook.com/events/338951396521173

Don Vito are a “hyper gefrickelkrach ostpunk” band from Leipzig. I live in Berlin and they’ve played in town many times, but I discovered them only a few months ago, as Bruno Dorella mentioned them to me while exchanging mails about the upcoming OvO’s concert in Berlin. I am very happy he did, they are a killer band! Try this: donvito.bandcamp.com. The hyperdistorted drums & electronics of Les Spritz from Italy are the second gig on the bill, the two band have been together on an intensive tour that will finish on Saturday in Potsdam. Presented by Thirsty & Miserable.
facebook.com/events/436488023355246

Heroines of Sound is the beautiful name of a festival focused on women in electronic music, both pioneers of the past and composers active today. The main event is the yearly festival that will take place very soon (7-9 July in Radialsystem), but the project has expanded in a series of one night events called Editions: next one this Saturday at Kantine Berghain, with three artists presenting new works. The incredible voice experiments of Audrey Chen; the digital/analog musical translation of the sense of “Heimat” of Manami N.; and the (both recorded and live) sounds produced, received and generated by plants of PLANTS AND EMPIRE, a project by Christina Ertl-Shirley, that will present a piece with the (to me very promising) title “Reading? Solanum melongena” (Solanum melongena is the eggplant).
heroines-of-sound.com/1706-kantineberghain
facebook.com/events/372845453109585