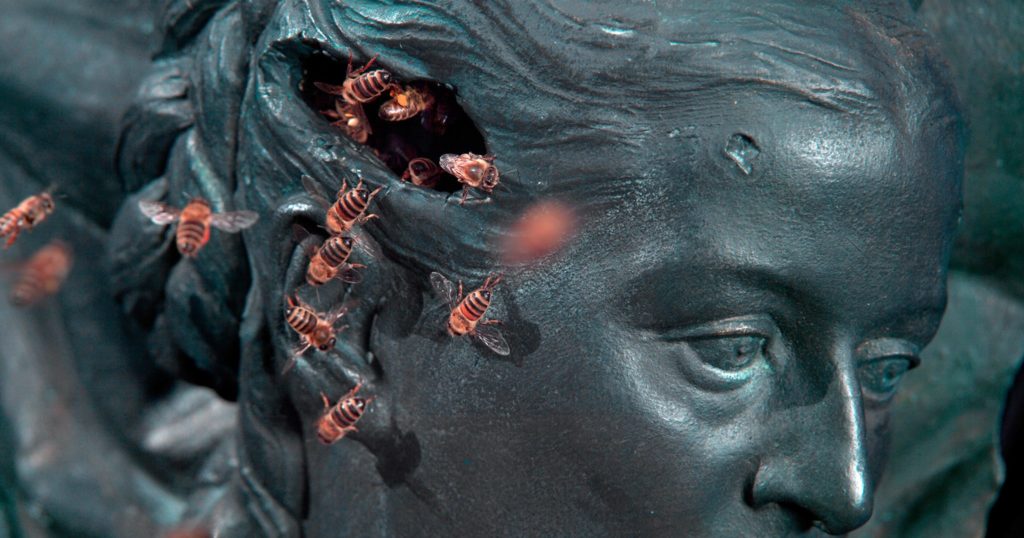 Well well, this playlist needs this added on top! Times is running so fast and the 11th Alphawave is coming already, tonite! It is an early concert as usual, so you can enjoy it and still make it to OHM later (see below). Alphawave is the series of drone/noise live performances curated in Spektrum by our friend DuChamp. This evening features three names on the bill: a new project called PNYX. our friend Diego Ferri (Paro, Alice in the Cities) is part of (together with Fabio Campagna, Sean Derrick Cooper Marquardt and Ángel Sánchez Cervera), the experiments with hurdy-gurdy by Caroline Cecilia Tallone and the synth-based sounds of Lan Cao.
spektrumberlin.de/events/detail/alphawave-11-caroline-cecilia-tallone-and-pnyx.html
facebook.com/events/1823501737881289

Time for another Grand Jeté session – a very good one indeed. Three ladies, embodying with their attituted and practice many different possible sides of the creative work with sounds: Claire’s sonic explorations translates into music the landscape of her homeland (Canada), Jennifer Cardini has expanded her resident dj night in Paris into an independent label (Correspondant), Natalia Escobar comes from Visual Arts studies and her works includes several A/V immersive projects and obscure, synth-driven tracks. All night long, for 7 Eur only, as usual in OHM!
facebook.com/events/585574138293196

We live in an era in which cute or funny images and videos of animals have sometimes as much impact as breaking news, and I am personally critical and dubious about the attitude, campaigns and goals of animalist activists and militant vegans, yet these are no reason not to care of or learn more about the living creatures we share the planet Earth with. Quite the contrary: an open-minded and careful reflections about them is needed – it should be built on scientific data and research, first of all, yet artistic creativity as well as iconography, narration and poetry play an important role as well. Very curious to see how such issues will be approached in this exhibition.
facebook.com/events/1681277088854191

A perfect occasion to go visit the flamboyant Spektrum again, and to meet our friends of Digital in Berlin at once! Two exquisite electro-acoustic sets by two talented guys active in the scene on oh so many levels. You may have seen Erik K Skodvin perform with Aidan Baker and Andrea Belfi with their project B/B/S/ already – possibly as the opening set for Thurston Moore?, and Maxwell August Croy is, among other things, the co-runner of the label Root Strata, whose releases features artists such as Tom Carter, Grouper and Richard Youngs.
facebook.com/events/1225103844216403