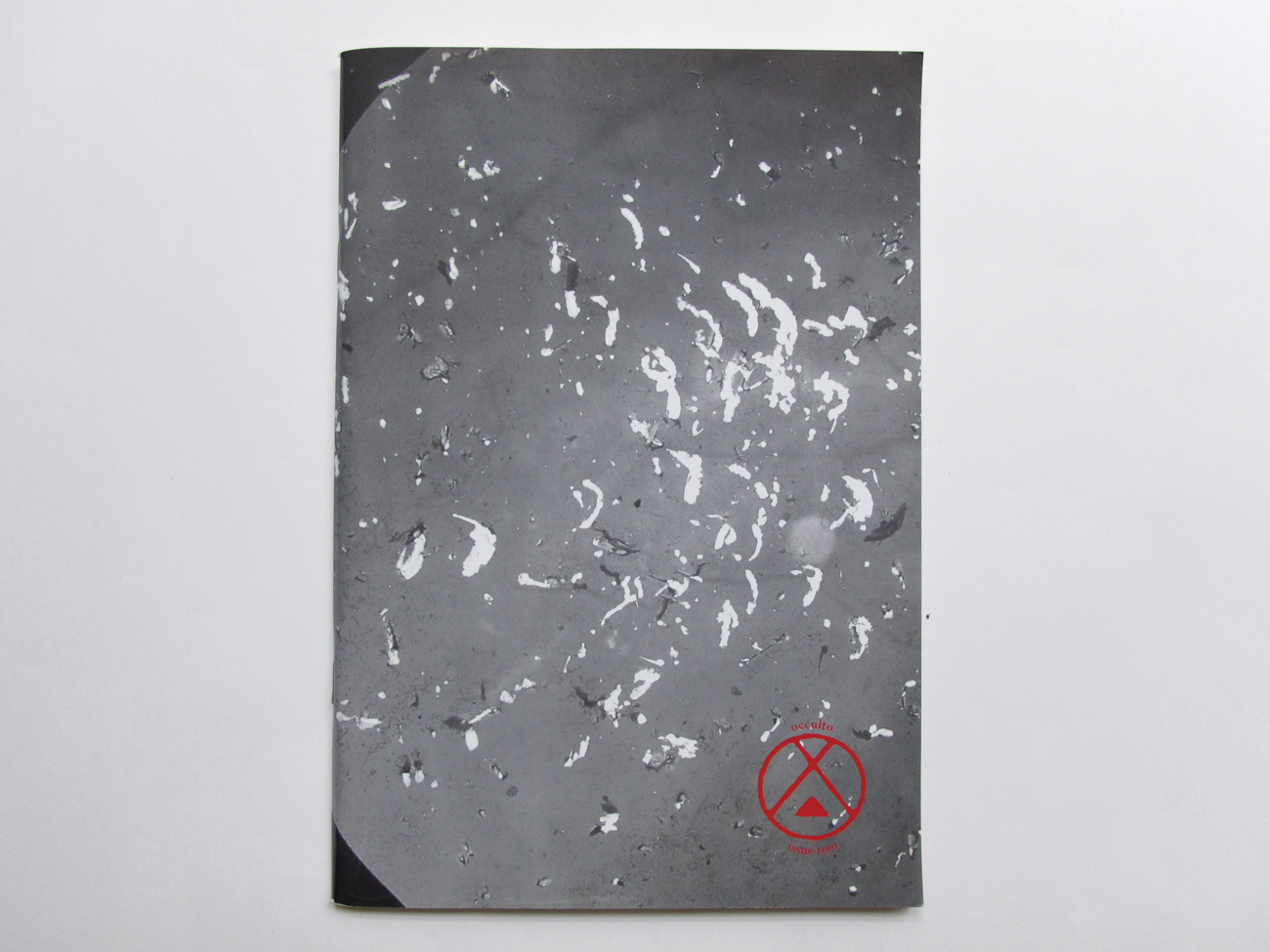 If it is true that where the light is brightest is where the Fecal secretly rules, then we must look elsewhere. The best weapon against sane opinions and triumphant competence is still to trip it up, as Adorno suggested over 50 years ago. This is why Occulto is nothing but a magazine, disguised as a joke, disguised as a magazine.
– Alice Cannava and Irene Lumpa Rossi, editorial

“A world made by a cosmic watchmaker: the benevolent God makes the gears, winds them up, and all the rest ticks on its own, while we live suspended from the hands. Convenient, simple, but also quite boring. Today we are adults, and we know that there are not any cosmic watchmakers (or if there are, they are so fully hidden as to mind their own business). The equations of movement are however still around. And in the deceitfully simple litany of an equal and constant force by the product of the masses divided by the distance squared, there is a demon hiding, whose name alludes to sin: the problem of three bodies.”
– Massimo Sandal, “The Hell of Gravity – Where We Discuss French Mathematicians, The History of The Moon and A Possible End of Time”

“Having abandoned the idea of being a great novelist, in 1916 Mr. Fort returns to work in his late father’s pharmacy. He decides to sell it and thus secure for himself a small pension which allows him to return to his collections. He stops leaving his house, except for going to the library in the morning where the obliging employees have put aside for him all the domestic and foreign newspapers. Fort passes the rest of the day analyzing them, searching for all facts found and documented despite being considered unlikely.”
– Fabrizio Festa, “Charles Fort – Apocalypse Is the Business of the Year”

“There is enough to give life to one of the most romantic legends in the history of science and to convince a problematic teenager to enroll in the faculty of mathematics. The spirit of emulation in this case requires however more ability than that unleashed by better known bad boy heroes. Playing the guitar reasonably well and taking drugs is relatively speaking within nearly anyone’s abilities, but venturing to the highest levels of algebra, not so much. Mathematical talent is usually very precocious. Évariste is no exception and at the age of sixteen is thunderstruck by Adrien-Marie Legendre’s Éléments de géométrie, he reads and re-reads it over and over as if it were a novel, and begins to study only mathematics, neglecting other subjects and raising the ire of his teachers. He then passes directly to high level algebra”
– Alice Cannava, “I Have No More Time – Évariste Galois and the age-old question of quintic equations”

“A former sportswriter and Green Party candidate, in 1990 Icke received what he defined as a ‘message from the spiritual world’, which led him to dress only in turquoise and proclaim himself God. His fellow party members were not too pleased and kicked him out.”
– Irene Lumpa Rossi, “Illuminatus – How Believing in Alien Reptiles Will Save Your Sentimental Life”